First-class arrival for Chanel’s show and designs in Paris

First-class arrival for Chanel’s show and designs in Paris 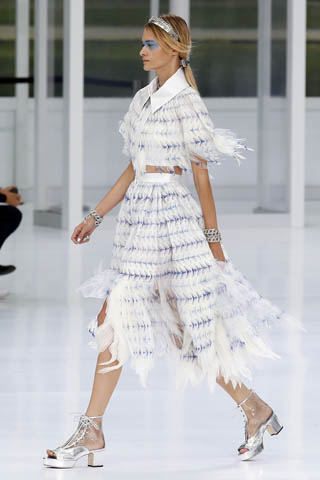 PARIS - The sky was the limit for Karl Lagerfeld, who recreated an entire airport under Paris’ Grand Palais in Chanel’s blockbuster aviation-themed show at Paris Fashion Week - as violent protests by real-life aviation workers were taking place elsewhere in the capital.

Here are some highlights from Tuesday’s celebrity-filled shows. 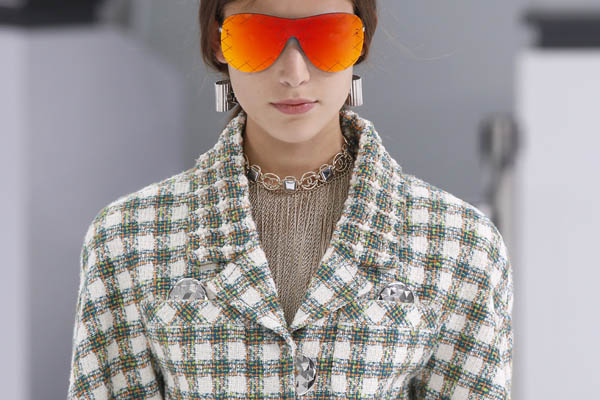 Guests couldn’t quite believe their eyes as they entered one of Lagerfeld’s most ambitious fashion shows yet.

Young Japanese fashionistas bumped into each other to take selfies beneath a giant electronic passenger information screen. Hostesses sat at “Chanel Airlines” check-in desks - with departure lounge chairs sprawling for hundreds of meters.

Destinations on the board - Shanghai, Dallas, Salzburg, Dubai, Tokyo - were a showy checklist of all the cities in which Chanel has recently presented collections, highlighting the global nature of one of the world’s most lucrative luxury brands.

But the show itself, bien sur, was in Terminal No. 5, a reference to the brand’s famous perfume.

“The inspiration is travel, long-distance travel to every destination,” Lagerfeld said, sipping mineral water from a silver platter.

There were even comfy ’70s flared jeans that Lagerfeld later acknowledged were made from exorbitantly-priced soft crepe.

Some of the looks in swirling blue, white and red check suffered from their pure exuberance. But the collection had a little bit for every woman from every country in the world.

Tennis skirts and sportswear-infused silhouettes have been ubiquitous on the Paris catwalk for several seasons. So who better to comment on the mania than Sharapova?

“I’ve been to a few shows. I enjoy following fashion, and I’ve noticed this trend. Chanel has a lot of looks going down the runway with the sports influence. I love it,” she said, decked out in Chanel with a floppy hat.

“At Stella (McCartney) you saw it again - there’s so much inspiration to take away, with the pleating and all the fine details that they incorporate into tennis dresses as well,” she added.

The 28-year-old insisted she didn’t feel pressure to look good in the public eye, preferring to “look like myself and be comfortable”.

“Fashion is about being able to express your individuality. There is no right or wrong,” she said.

The award-winning “Mad Men” star caused a flurry of paparazzi flashes as she arrived at the Valentino show, with some photographers unsure who she was - since she’s grown up so quickly.

Shipka looked stunning in a black-and-red lace Valentino dress with shades of green, with a pink pleated skirt from the 2016 resort collection.

This is unlikely to be the last time she will appear at a Paris fashion show.

It was one of their strongest ready-to-wear collections to date.

Clasps sensually highlighted the neck, in gowns that were either ankle-length or mini, with every detail executed perfectly. Roman sandals crisscrossed delicately up the ankle while embellished sleeves with multi-color panels and delicate fringing seemed to hark from Austria’s Tyrol region.

A flash of saffron yellow on a gown broke the dark hues that moved the fashion house in a sultry, brooding direction. A fringed black ethnic-designed coat slinked past, shimmering like oil. AP