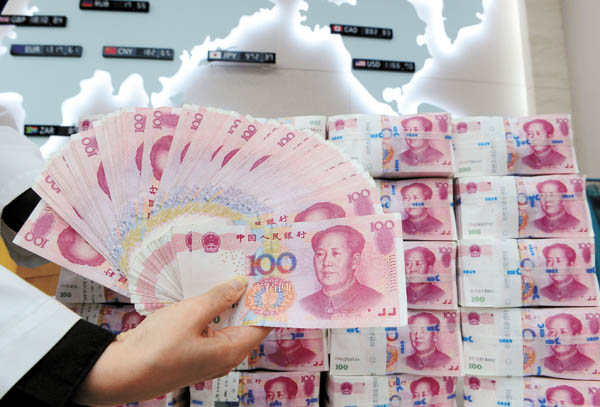 An employee of KEB Hana Bank holds up Chinese yuan at the financial company’s headquarters in downtown Seoul on Wednesday. The Chinese currency became one of the four biggest currencies that has been used for cross-border payment in August, according to Swift, the global transaction service provider. The Chinese renminbi accounted for 2.79 percent of global payments, while the Japanese yen trailed behind with 2.76 percent. The U.S. dollar accounted for 44.8 percent, the euro 27.2 percent and the British pound 8.5 percent. [NEWSIS]