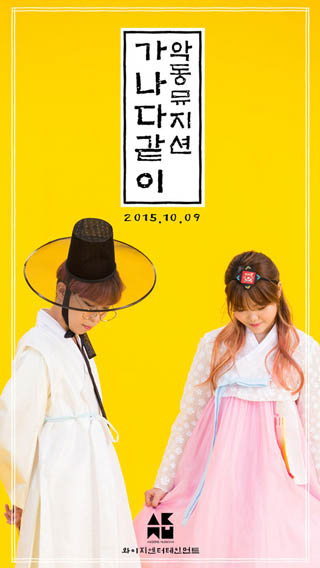 Ga, na and da are characters of the Korean alphabet.

YG Entertainment, which represents the siblings, said on Thursday that the song is a collaboration between YG and Woori Card, a local credit card company, devised to raise awareness of the Korean language.

Akdong Musician, which consists of Lee Chan-hyuk and Soo-hyun, reportedly composed and wrote the song.

Akdong Musician launched their first studio album, “Play,” in April 2014, which overtook tracks by veteran singers on major music charts upon its release.

The siblings were winners of the second season of popular TV audition show “K-pop Star.”