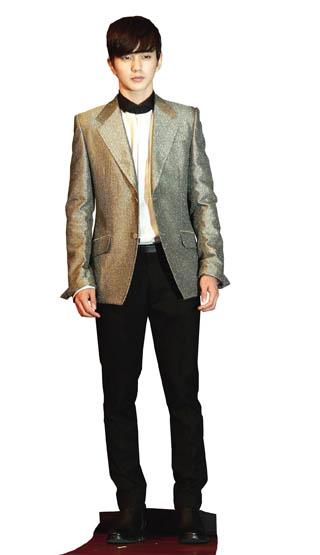 It has been confirmed that actor Yoo Seung-ho will star as a web cartoon artist in the upcoming drama series “Imaginary Cat.”

The cable channel MBC Every1 announced on Thursday the 22-year-old’s participation in the show, which is based on the web cartoon series of the same name.

Yoo plays the role of Hyun Jong-hyun, who distances himself from people around him.

But as he raises a cat, Bok-gil, the webtoonist learns how to better communicate with others.

When he was discharged from the military in December 2014, the actor told reporters that he “missed his parents and two cats the most.”

Yoo started out as a child actor at age 7 in 2000 and has continued to build up his career since, acting in a number of hit TV dramas and films.