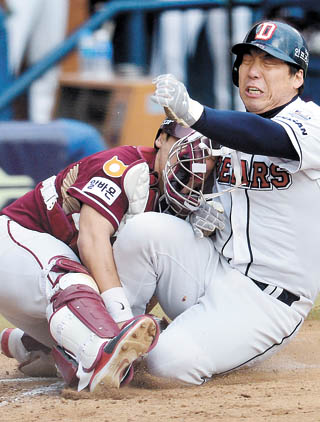 The Doosan Bears’ Kim Hyun-soo, right, collides with Nexen Heroes catcher Park Dong-won at home plate during the fifth inning of their KBO League first round playoff game at Jamsil Baseball Stadium in southern Seoul on Sunday. Kim was later declared out. The Bears won 3-2 and lead the best-of-five series at 2-0. [NEWSIS]