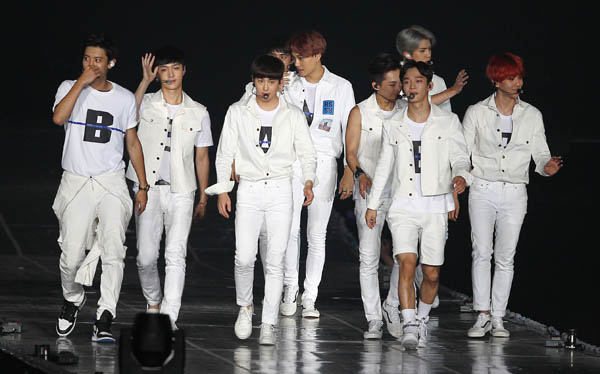 SM Entertainment, the agency of the 10-member boy band, said after the concert on Sunday that Exo attracted about 22,000 fans to the Gocheok Sky Dome, which can accommodate large numbers.

The concert was held to commemorate the success of the boy group’s second album, “Exodus,” and “Love Me Right,” a repackaged version of the album. The two albums have sold more than one million copies.

Debuting in 2012, Exo started with 12 members, but two of them, who are Chinese, left the group in 2014, citing unfair contracts. The two Chinese members are currently in a legal battle with SM Entertainment to nullify their contracts.

Upon its debut, Exo achieved a feat with its first album, “XOXO,” which reached the one million sales mark in December 2013, the first Korean album to sell so many copies in more than a decade.