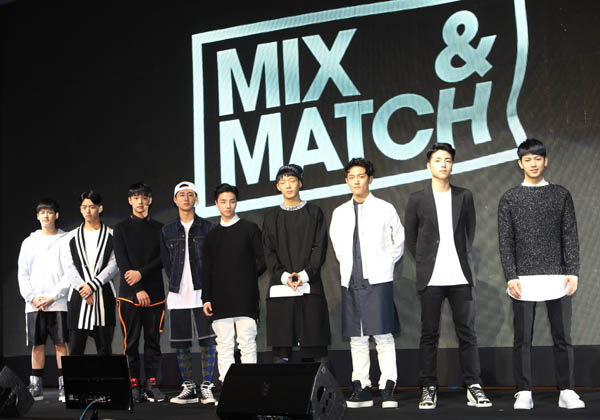 Through the reality TV show “Mix & Match,” above, which spotlighted competition between YG Entertainment’s trainees in 2014, participants could earn massive amounts of fans before their debut. [JoongAng Ilbo]

The Seoul Olympic Park Gymnastics Arena - which accommodates an audience of up to 15,000 - seems an unlikely venue for the first concert of a rookie boy group. The stadium is usually reserved for established singers marking special anniversaries.

But the fandom of iKon, which broke into the music scene earlier this month, was solid enough to fill the gigantic venue. The seven-member boy band successfully concluded its debut concert on Oct. 3, just two days after releasing its debut album.

After the concert, local newspapers ran Cinderella stories about the boy band, and many of them agreed that iKon is probably the best example of YG Entertainment’s dramatic storytelling, because the group’s narrative had been so carefully crafted.

The first reality TV show they appeared in was “Win: Who’s Next” on Mnet, a local cable channel. Eleven trainees of YG Entertainment were grouped into teams A and B, and competed with each other to win a chance to debut as a boy group.

Team B, which would later become iKon, lost to team A, which debuted as the boy group Winner in 2014.

Six losers from the first round of the competition appeared on “Mix & Match,” another reality TV show on Mnet late last year. 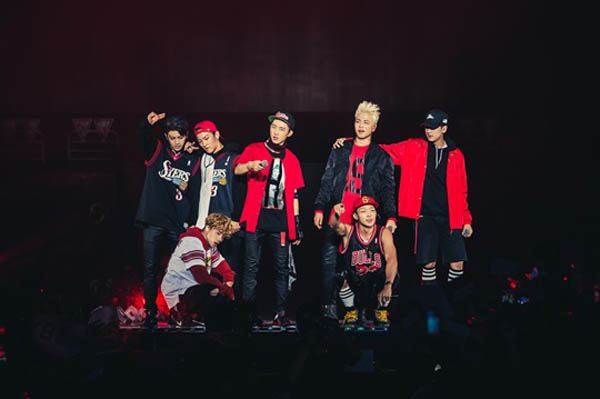 Through the show, six losers from “Win: Who’s Next” and three trainees from YG began a second round of competition.

Eventually, Jung Chan-woo, one of the three trainees, joined team B, and iKon was born.

Although iKon is officially a few days old, members of the boy band have been shown to the public for more than two years.

Both YG and other entertainment companies practice the same strategy when they launch new acts.

“This is a way to raise awareness about a new boy or girl group,” said Kwon Yoon-gu, an analyst of Dongbu Securities whose main specialty is entertainment stocks.

“The Korean music market is already saturated, and it is really tough to make it big in the sea of girl and boy groups. In other words, you need a way to increase chances for success,” he added. 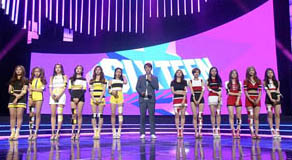 A still from reality TV show “Sixteen,” in which 16 trainees of JYP Entertainment competed to become members of a girl group. Through the show, JYP selected the final members for a new group. Provided by Mnet

Most recently, JYP Entertainment launched a reality TV show to promote its trainees and its future girl group.

“The primary reason for doing this show is to promote a new girl group to the public in an efficient way,” said Park Jin-young, a chief producer and head of JYP Entertainment, during a May press event for the show “Sixteen,” in which seven trainees who secured spots in a future JYP girl group compete against nine trainees who want to steal their opportunity.

After 10 episodes, Park chose final members for a new girl group Twice in July and the girl group is slated to release its debut album on Oct. 20.

Even before its debut, however, the girl group consisting of five Koreans and four non-Koreans already has numerous fan communities online.

The report said between 500 million won ($431,406) won and 600 million won is needed to debut a single boy or girl group, including costs for viral marketing, a music video and recording fees.

“An entertainment agency is able to turn a profit only if a new group becomes successful as early as possible from its debut,” said Lee Ki-hun, an analyst who wrote the report.

Starship Entertainment, home to musicians like Sistar, also launched a similar format of reality TV show “No Mercy” last year to expose some of its trainees to the public.

“I don’t see K-pop musicians as singers but as brands,” said culture critic Kim Gyo-seok. “A brand needs its own stories and characters and these reality TV shows can give what newbie singers need.

“But I’m little concerned that these reality TV shows are only produced by a few major entertainment agencies like SM Entertainment and YG Entertainment. I think broadcasters should refrain themselves from launching similar shows one after another.”