IU to release a mini-album

IU to release a mini-album 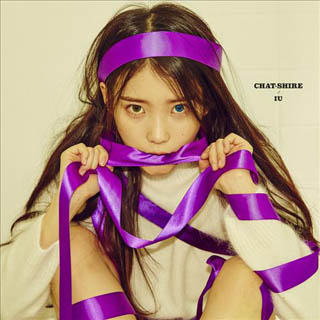 Singer-songwriter IU will release a new mini-album on Oct. 23.

The 22-year-old singer uploaded an image of the new album cover to her Facebook feed on Monday.

Loen Tree Entertainment, which represents the singer, said the new mini-album is titled “Chat-Shire,” and the singer wrote and composed all the tracks for the album.

The mini-album is being released 17 months after the release of her previous album, “A Flower Bookmark,” in which she sang hits of the past.

A CD version of “Chat-Shire” will be available Oct. 27.

A local online news agency published a couple of paparazzi photos of IU and Chang visiting each other’s houses last week, and IU confirmed her relationship with the musician by uploading a posting onto her fan community bulletin board.

She wrote that she’s been seeing the indie musician for two years and wrote, “We first met through a radio show, and I fell in love with him at first sight.”

IU is one of a few solo singers with a wide fan base.

She is also building up a successful acting career. She recently played the role of an A-list singer in the hit drama series “The Producers” (2015) and received rave reviews from critics and viewers alike for her portrayal of Cindy, a top singer who falls in love with a newbie producer.