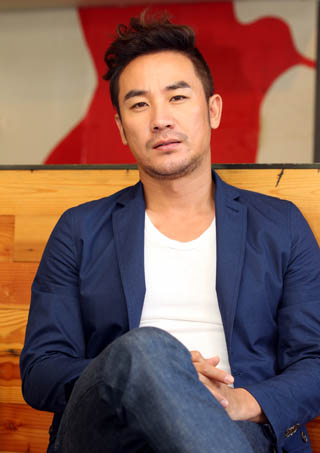 Actor Uhm Tae-woong and his daughter Ji-on will leave the popular reality TV show “The Return of Superman,” in which celebrity fathers take care of their children by themselves.

An industry insider from KBS, the broadcaster of the show, told Ilgan Sports, an affiliate of the Korea JoongAng Daily, on Wednesday that the two already finished shooting their last episode.

Uhm and his daughter joined the show in January, but the 41-year-old actor reportedly wanted to focus more on his acting career.

It is still undecided who will fill the void of Uhm.

Along with Uhm, other celebrity fathers like comedian Lee Hwi-jae and actor Song Il-kook appear on the prime-time show with their children.

Uhm is the younger brother of singer-actor Uhm Jung-hwa, who is often dubbed Korea’s answer to Madonna.