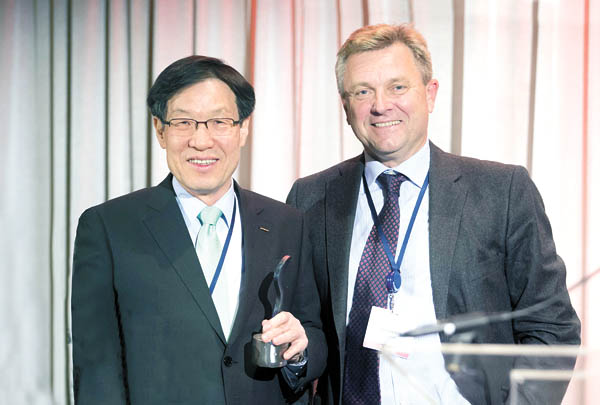 Posco won the Innovation of the year award hosted by the World Steel Association in Chicago on Monday local time, said Korea’s largest steelmaker on Wednesday. The company received the award for its specialized stainless steel called “lean duplex stainless steel,” which has super ductility by implementing a strip-casting process. This particular type has formability and corrosion resistance comparable to regular stainless steels, but has greater price competitiveness thanks to its lower content of expensive metals like nickel and molybdenum.

Posco has started producing the special steel last September, after five years of research. It is produced via Posco’s own production technology, called poStrip, which has largely simplified production process and reduced energy consumption as well as greenhouse gases’ emission. It is the second time the company has received the award, winning in 2012 for its auto body panels used in electric cars.