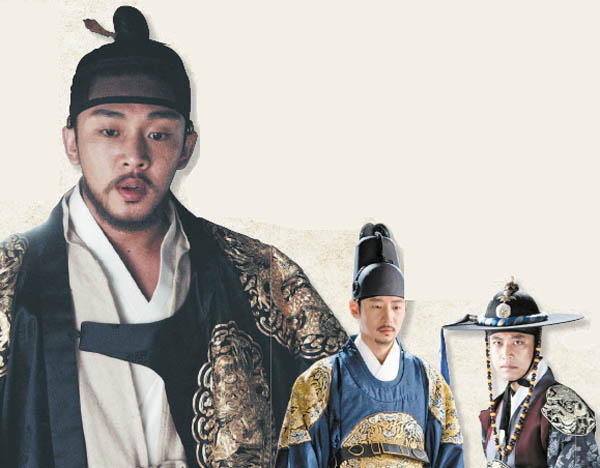 History is often written by the victors.

That is why many interpretations, some of which are contradictory, emerge and cause dispute over the more vague chapters of history.

Remembered as the most tragic royal heir in the history of the Joseon Dynasty (1392-1910), the dramatic story of Crown Prince Sado - who was put to death by being locked in a wooden rice chest by his own father, King Yeongjo (1694-1776) - has been resurrected numerous times in films and TV dramas since the mid-1990s.

But the portrayal has varied with the emergence of new historical theories. The oldest theory describes Sado as a complete maniac who couldn’t control his anger without bloodshed, while the more recent theory presents him as a tragic prodigy who fell victim to dirty political struggles at the royal court.

The original take on Crown Prince Sado is as a complete lunatic. The theory is mostly based on “Hanjungrok” (also known as “Memoirs of Lady Hyegyeong”), written by Sado’s wife, which says his death was an inevitable result of his violent, uncontrollable behavior.

His lunacy is described as deriving from his father’s high expectations of his behavior and studies.

King Yeongjo, who was born of the lowest social strata and whose legitimacy as king was questioned, was highly interested in raising his son as a perfect candidate to be the next ruler. 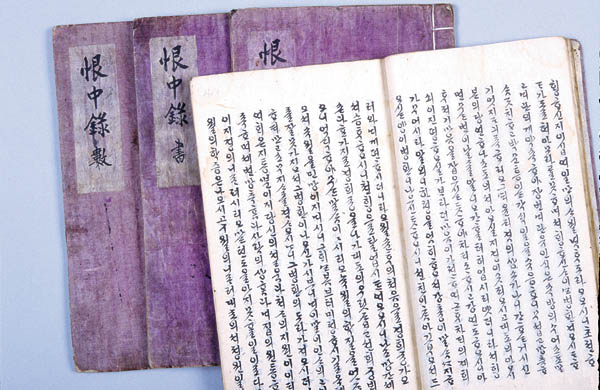 ‘Hanjungrok,’ one of the most cited records of Crown Prince Sado remaining today, was written by his wife, Lady Hyegyeong.

However, when Sado starts to deviate from the orthodox path, showing more interest in martial arts and artistic pursuits, Yeongjo showed his disappointment by neglecting him and even mocking him in front of vassals.

Under this pressure, Sado started to behave abnormally.

One of the representative symptoms was his sensitivity about his wardrobe. According to “Hanjungrok,” he would change his clothes as many as 30 times when his symptoms peaked.

Records show Sado committed his first murder in 1757 when he killed Kim Han-che, who was helping Sado put on his clothes. After that, it is said that more than 100 people died by his hand.

When the prince turned 21, records also show he attempted suicide. He tried again two more times, even trying to drown himself in a well.

Such portrayals of Sado, which depict his death as a necessary result of his actions, can be found in the early interpretations of the story on both the small and big screens.

A 1956 film, “The Tragic Prince,” directed by Ahn Jong-hwan, was the first depiction of Crown Prince Sado on to the big screen. It shows Sado as a maniacal character who gave Yeongjo no choice but to kill him. Im Kwon-taek’s “Mangbuseok” (1963) had a similar plot.

A 1972 historical drama series, “500 Years of Joseon Dynasty ? Hanjungrok,” honed in on the murderous and psychopathic side of the unloved son, as depicted in Lady Hyegyeong’s memoirs.

However, some of the more recent works tells a different story.

Historian Lee Deok-il, head of the Hangaram Institute of History and Culture Studies, published a book titled “The World Dreamed by Prince Sado” in 2011 which reinterprets Sado as a failed prodigy who fell victim to fierce political battles. Writer and a literary critic Yi In-hwa’s 1993 book “Eternal Empire,” which was later adapted into an eponymous film, also argued that the prince was more than a mere psychopath. 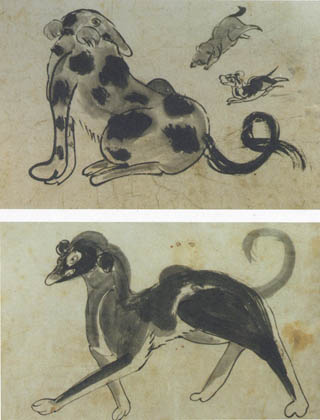 These pictures known to have been drawn by Crown Prince Sado show that he had more talent for art rather than studying.

Lee asserted in his book that Sado “was not crazy but just faced an unfortunate death due to his revolutionary thinking.”

He also explained the political intention behind Lady Hyegyeong’s account, which is that she attempted to hide her family’s misdeed of standing by while Sado died before their eyes.

Historians have also begun to focus more on pointing out how Noron, one of the leading political parties, to which Lady Hyegyeong’s family belonged, helped to undermine the relationship between Sado and his father.

This account goes on to say that when Sado attempted to distribute the compiled power of Noron to other political parties, Noron members expressed their outrage to King Yeongjo, asking him to eliminate his son. Yeongjo, who owed a great debt to Noron for helping him obtain the throne, had no choice but to comply.

The 2014 SBS drama series “Secret Doors,” which starred Lee Je-hoon as the fallen hero and Han Suk-kyu as the power-hungry king, is one example of a portrayal based on the latest interpretation. The drama “Warrior Baek Dong Soo” (2011) also depicts Sado as an ambitious leader who is killed by assassins sent by Noron.

While the latest version of history has gained considerable support, the controversy over who Crown Prince Sado really was continues.

Historical documentary producer Jang Young-joo pointed out in a column that even if Sado was really the victim of political strife, that doesn’t account for his murderous acts.

“We are strangely generous about Crown Prince Sado’s homicidal acts,” he wrote. “But the truth is that he is a murderer. None of the scholars dispute to this fact because it is clearly written out in many historical records such as ‘Annals of the Joseon Dynasty’ and the ‘Diaries of the Royal Secretariat.’ Those acts were serious, and the ways he killed people were extremely ruthless.”

The most recent portrayal of Sado in “The Throne” is seen by many as a return to the earlier interpretation, with a focus on the fierce conflict between father and son. Although Yeongjo’s close ties with Noron are slightly alluded to in some scenes, it is clearly laid out that it was Sado’s psychopathic acts that lead to his death.

“‘The Throne’ makes it clear that Sado killed innocent people and that it was his attempt to kill his own father which enrages Yeongjo, leading him to lock up his son in the wooden chest and leave him to die,” said culture critic Hwang Jin-mi.

“It returns to the ‘Hanjungrok’ and focuses on the troubles that come from the father-son relationship. In the end, it gets rid of the political aspect and solely concentrates on depicting the familial problems” she added.