In a show about hard work, actor found his place

In a show about hard work, actor found his place 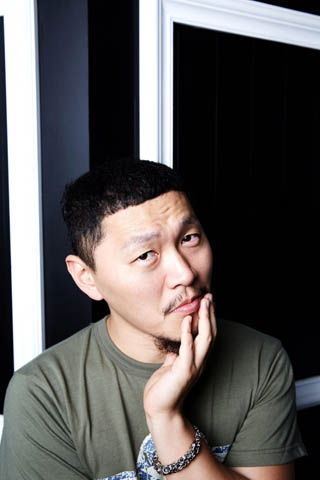 Actor and singer Yang Dong-geun shows all he’s got in the musical “In the Heights.” He sings, dances and raps while playing the main character, Usnavi.

It’s his first shot at a musical in seven years after performing in the musical “Mine,” which was a performance by entertainers who were serving in the Army.

Set in the Washington Heights neighborhood of New York City, the piece portrays the sorrows and hopes of immigrants through humor, song and dance in the genres of hip-hop, reggae and street dance, among others. Usnavi is an immigrant from the Dominican Republic. He runs a small grocery store and is poor but works hard.

“Rap means rhythm and poetry,” he told the JoongAng Ilbo in a recent interview. “Basically you say what you want in a condensed way, like poetry with rhythm. I was blessed to be able to show my rapping skills that I worked on all these years.”

But the 36-year-old said it was a challenge to translate the English rap into Korean, without damaging the original flow, rhyme and connotation.

Yang, who debuted as an actor at the age of eight, said he fell in love with hip-hop and rap in his teens through music by Seo Taiji and Boys. “I felt such a freedom and energy from being able to say whatever you want without being repressed.”

Since then, he has worked in both acting and music. He has performed in drama series, released albums, worked on movies and held concerts. Entertainers today often identify as both actors and singers, but back then, it was rare.

“I did have an identity crisis in my 20s,” he recollected. “The life of an actor and the life of a singer were quite different. Whether or not I should invest in just one was something that I constantly deliberated on.” 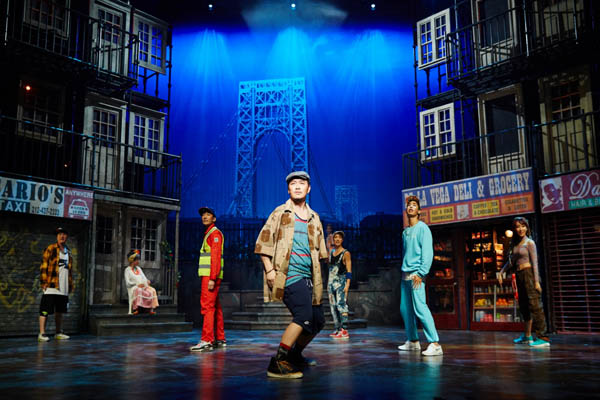 Yang Dong-geun plays the lead role in “In the Heights.” Provided by SM C&C

For that reason, he decided musicals were the answer. “‘In the Heights,’ in particular, allows me to do everything I hoped to do [on stage]. I’m so grateful.”

In the showbiz industry, Yang had been rather notorious. He is meticulous and detail-oriented. He rarely does interviews. But since he got married and became a father in 2013, he has changed noticeably, and he acknowledges that.

“I guess it’s because I began as a child actor,” he said. “It became a habit of mine to release all my energy in front of the camera, and save it behind the scenes.”

He said he now feels more responsibility as a father, which is why he could easily relate to his character, Usnavi.

“Usnavi doesn’t leave what appears to be a hopeless neighborhood of Washington Heights in New York City and says he will realize his dreams there,” Yang noted. “There are those who dream of escape. I was one of them. I thought of leaving the showbiz industry many times. But like Usnavi, I now think that this is where I should be, where I will realize my dreams.”

Yang says he is particularly fond of the final scene, saying that every time he performs it, he himself is moved by it.

“It’s like by speaking the lines, the lips and other muscles get positive energy, and that energy gets delivered to the deepest part of my soul,” he said.