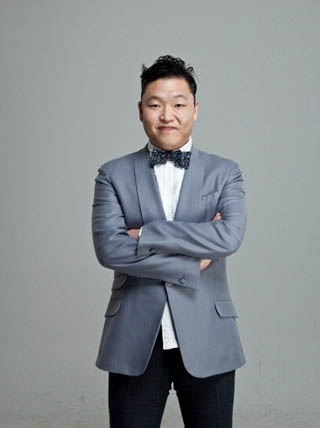 Singer-rapper Psy of “Gangnam Style” fame and Seo Kyoung-duk, who refers to himself as a public relations ambassador for Korea, jointly published a booklet about K-pop.
The booklets will be available for students at some U.S. universities, including New York University, Brown University and Rhode Island School of Design.
The booklet introduces the history of K-pop and information on the unique cheering culture of K-pop fans.
“With the increasing number of people who wish to know more about K-pop, this booklet will give them more comprehensive information about it,” Psy said in a press release on Thursday.
Psy, who became a worldwide sensation in 2012 with his hit song “Gangnam Style,” is currently working on his new album.
Meanwhile, Seo is a visiting professor of liberal arts at Sungshin Women’s University, and he has been raising money to run advertisements promoting aspects of Korean culture such as kimchi and bibimbap in U.S. publications such as The New York Times.
By Sung So-young