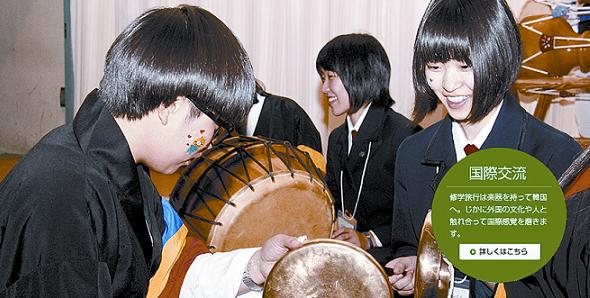 Students attending a small school in Japan arrived in Korea on Wednesday, continuing a field trip tradition that has lasted for 40 years.

“Even though the relationship between Korea and Japan wasn’t always positive in the past 40 years, our school has never missed a trip, thanks to the Koreans who have so warmly greeted us each time,” said Hiroyaki Narita, the school’s president. 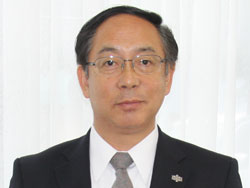 Some 2,000 students from the high school have visited Korea since 1975, when it was founded.

The school holds an annual concert in Korea, with each student learning to play one or more string instruments.

Some 20 second-year students arrived in Korea on Wednesday, showing off their mandolin-playing skill with a Korean orchestra on Friday at Seoul Baekje Museum.

“We have held concerts at the Jumong School, which provides special education for physically challenged students, the Hanbit School for the Blind, the Salvation Army Broadview Children’s Home and Hoam Art Hall,” Narita said.

But the high school has a link with Korea going back even further, to 1968, when Yamatoyama - the corporation that owns the school - began an agricultural collaboration with the Gwangju Horticultural Cooperative.

The association’s members have worked with Japanese visitors from Aomori Prefecture to learn new farming skills and technology.

But the school’s excursion to Korea has seen many ups and downs. When anti-Korean sentiment spread in Japan, several Japanese netizens threatened the school to stop visiting Korea.

The 40-year-old institution, however, stood its ground.

Narita added that regardless of the state of the relationship between Korea and Japan, people-to-people interactions should continue.

“I always try to stick to my goal of interacting with Koreans through music, learning from them and continuing the trip to support a peaceful relationship,” Narita said.

But the school’s annual field trip isn’t all for fun. Yamatoyama and the school have donated about 2 billion won ($1.77 million) over the past 40 years.

For 22 years, students visited and donated money to a center in Jangseong, South Jeolla, that supports patients with leprosy. The money was used to build a welfare facility.

Shohujuku High School students also skip a meal once a month to collect money for donations.

With active participation from all students, a donation can be made.

The students are scheduled this weekend to visit the demilitarized zone and Panmunjeom, the truce village between North and South Korea, to reflect on the meaning of peace.