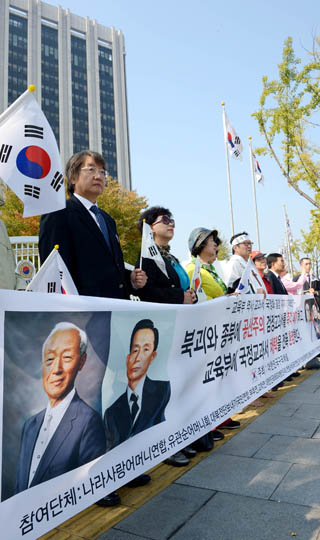 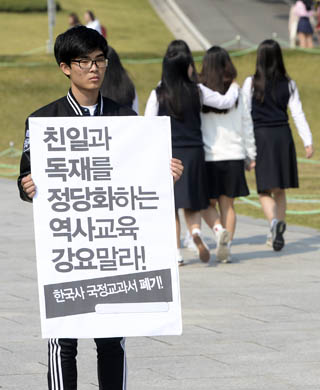 Bottom: A group of university students rallies at the Korea University campus to protest the government’s decision on state-published history textbooks. Similar protests were staged by the group at 22 universities nationwide. NEWSIS