From donkeys to fintech, 100 years of change

From donkeys to fintech, 100 years of change 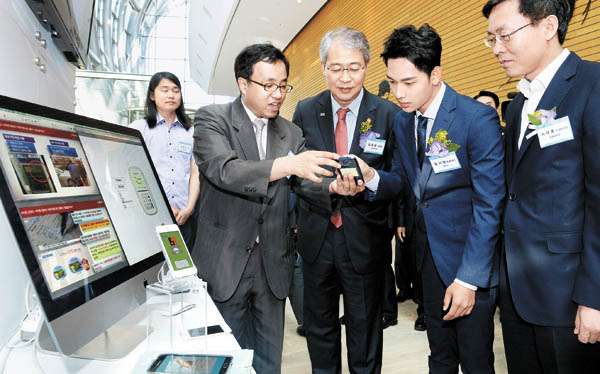 More than a century after the first commercial bank opened its doors in Korea, “fintech”, the hot new buzzword in the country’s finance industry, is set to transform the way we do business.

As the centerpiece behind the latest financial reforms being pushed by the country’s top financial regulator, fintech - financial technology that combines software with financial services - is the new direction for Korea’s banking industry.

Today, the average Korean uses smartphones to transfer funds, shop for financial products and even set up an internet-only deposit account. 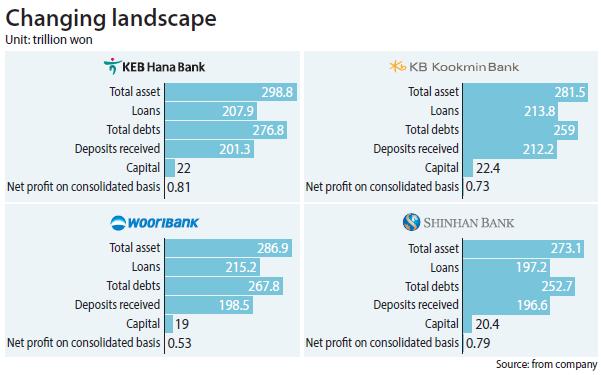 And soon, with the entry into the market of internet-only banks, the banking scene will undergo more drastic changes.

No one could have imagined such progress in 1897, when Hanseong Bank, Korea’s first commercial bank, opened its doors to the public.

Back then a customer might use livestock as security for a loan. There is a popular story of a merchant who asked for a loan at Hanseong Bank, using a donkey as collateral.

The anecdote goes that, after a careful review, the bank loaned him the money. But in order to maintain the collateral’s value, bank employees had to feed the donkey every day.

In the decades that have followed, not only have Korean banks embraced fast-paced technological advances, but they have overcome numerous mergers and acquisitions as the industry has evolved to stay competitive or simply survive.

Chohung Bank, in turn, was later acquired by Shinhan Bank in 2006. Shinhan Bank, which was established in 1982, would build its strength after a series of M&As, including those with Donghwa Bank in 1998, Chungbuk Bank and Gangwon Bank in 1999.

Shinhan Bank, which started out with only three branches, has now become the country’s megabank generating 790 billion won in net profits in the first half of this year.

KEB Hana - formerly Hana Bank - had a humble beginning. When it was established in 1991, there were only two branches and its capital amounted to 80 billion won.

Hana Bank acquired Chungcheong Bank in 1998 and then Boram Bank in 1999. In 2002 it bought out Seoul Bank, which the government wanted to privatize. After the merger, Hana Bank grew its total asset size to 84 trillion won. Finally, after officially merging with the Korea Exchange Bank in September this year, it has becomes the No.1 bank in Korea with total assets of 298.8 trillion won in the first half of this year.

Following a merry-go-round of mergers, Korea is now left with the “Big 4” banks: KEB Hana, Woori, Kookmin and Shinhan.

Shinhan Bank and Hana Bank are known as the “Davids” of the industry as they started off as the small fish that became giants through M&As. In the process, “Goliaths” like Choshung fell apart.

During 1990s, five banks ruled Korea’s financial industry: Chohung Bank, Commercial Bank of Korea, Cheil Bank, Hanil Bank and Seoul Bank. They were established well before Korea’s independence from Japan. In the 1960s, they grew rapidly with Korean companies and the economy.

Up until they were injected with the International Monetary Fund’s rescue money, they shared 80 percent of the country’s deposits. But after the financial crisis and the bankruptcy of major corporations including Hanbo, Daewoo and Ssangyong, they were shaken to their core.

The panic culminated in the arrest of the heads of banks after illegal loans were given to financially unsuitable firms. This was quickly followed by restructuring and large-scale layoffs, then a series of high-profile mergers and acquisitions.

Cheil Bank was taken over by the Standard Chartered Bank in 2005, and Chohung Bank, the biggest among five banks that had ruled the industry, was acquired by Shinhan Bank.

Less than 10 years after the financial crisis, the forefathers of Korea’s banking industry disappeared into history.

The old financial world made way for rising stars. Active M&As following the financial crisis made Kookmin, Woori, Shinhan and Hana leaders of the local banking industry. While increasing their size, they were also quick to diversify their portfolios, adapting to the fast-changing business ecosystem.

Shinhan Bank from its inception, made hospitality its key quality to differentiate itself in the marketplace. Its focus on client services led to it becoming the first to offer internet banking services and ATM only branches.

Kookmin Bank built a track record of success in investment banking services, and succeeding in securing investments for the construction of power plants, roads and railways.

In 2002, Woori was the first bank to set up business process re-engineering, an infrastructure for advanced financial management. Today it has emerged as a leader in fintech, having developed Wibee Bank, a mobile platform service provider.

KEB Hana, which had been the smallest among the four, has fast taken the lead after acquiring KEB. It has now become the No.1 bank in terms of assets.

Although the four banks have managed to build themselves up impressively, the banking industry has been somewhat stagnant in recent years as it struggled to find new sources of profits in a record low interest rate environment.

Financial reforms being implemented this month include an account switch service that allows clients to freely transfer accounts and services to a different bank with ease and no restrictions.

The service was first introduced in Europe, and is particularly popular in the United Kingdom.

When the U.K. government kicked off the service in 2009, the industry landscape was changed. In the country where big-name banks like Lloyds, Barclays, Royal Bank of Scotland and the Hongkong and Shanghai Banking Corporation rule 75 percent of market share, account switch services changed the way people do their banking.

From September, 2013, to March of this year, 1.75 million account switches took place in Britain.

Korean banks are aware such a scenario is possible here, which is why they are scrambling to come up with innovative ways to remain competitive and hold onto clients. Indeed, with the financial regulator’s ongoing initiative for internet-only banks, the speed of changes will only accelerate.

Earlier this month, consortiums consisting of financial, retail, and IT companies converged and applied for permission to set up a new business model. The Financial Services Commission is scheduled to make its decision within the year.

But competition, while feared, will also likely bring new opportunities, as companies are forced to strive for excellence to stay afloat, experts say.

“If this (capability) is utilized well, Korea will be able to set up a financial hub centered on the fintech industry,” he said.