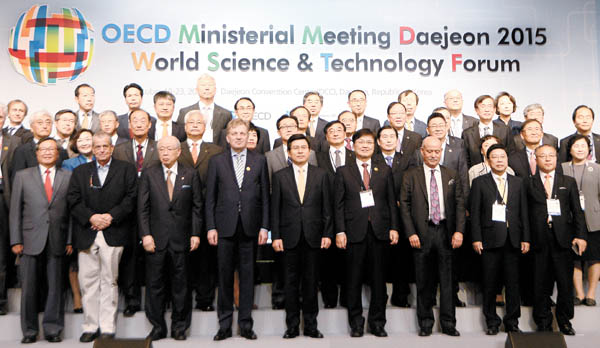 Korean Prime Minister Hwang Kyo-ahn, fifth from right in front row, and other dignitaries pose for a picture during the OECD Ministerial Meeting Daejeon 2015, World Science & Technology Forum, at the Daejeon Convention Center in Daejeon on Monday. This is the first time the OECD science meeting has been held outside of Paris since its inauguration in 1963. Government and international organization officials as well as Nobel laureates from 57 countries are attending. [NEWSIS]