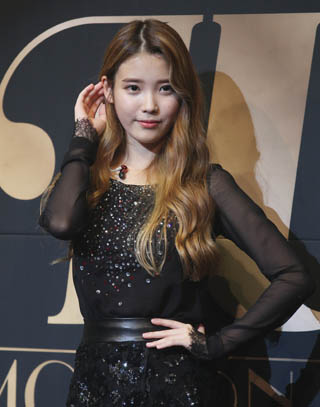 Versatile singer-songwriter IU will release her fourth mini album, “Chat-Shire,” on Oct. 23, but it will be difficult to spot her on TV music shows.

Loen Tree Entertainment, the singer-actress’s agency, told Xsports News, an online entertainment news agency, on Monday that “by releasing this album, IU wants to focus more on concerts than promoting her songs through TV music shows.”

Because of this, the singer decided to unveil the title track, “Twenty Three,” during a concert that will be held on Nov. 21, although the new album will go on sale on Oct. 23.

Starting with two concerts in Seoul on Nov. 21 and 22, the singer will go on a nationwide concert tour in cities like Busan, Daegu and Gwangju.

IU reportedly composed, wrote and produced all the songs for her newest album.

Amid the sea of K-pop girl and boy groups, IU has solid fan base with her own style.