‘The Martian’ remains on top in Korean theaters

‘The Martian’ remains on top in Korean theaters 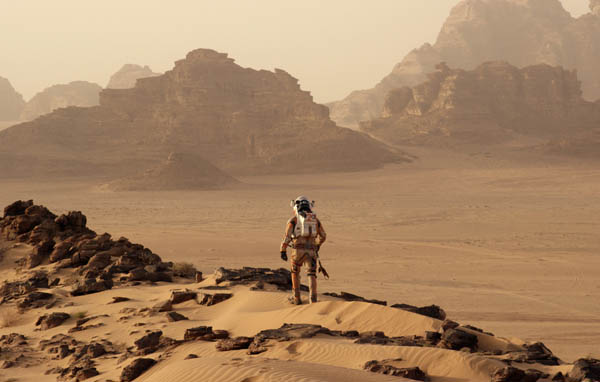 Ridley Scott’s space adventure “The Martian” maintained its No. 1 spot in the Korean box office, collecting another 819,513 ticket sales during the third weekend of October. 20TH CENTURY FOX KOREA

New releases weren’t strong enough to beat the dominant players at Korean theaters in the third weekend of October.

The top three spots at the Korean box office remained unchanged, with “The Martian” firmly holding on to No. 1, followed by “The Intern” and “The Advocate: A Missing Body,” according to the state-run Korean Film Council on Monday.

In second place was Nancy Meyers’s workplace comedy “The Intern,” which is being unexpectedly well-received here, selling 317,223 tickets over the weekend.

The heartwarming story of a senior intern (Robert De Niro) and an aspiring young female CEO (Anne Hathaway) has been riding on strong word-of-mouth popularity since it opened Sept. 24 on 481 screens, and it is still doing well, increasing the number of screens to 529.

The film’s total ticket sales for the past month amount to 2.8 million, which roughly translates to 22.2 billion won.

The film has so far been seen by a little less than 1 million moviegoers, earning 7.4 billion won.

“The Transporter Refueled,” the fourth installment of the “Transporter” series, failed to interest audiences, debuting in fourth place with a humble 93,771 ticket sales. The latest in the series, in which “Games of Thrones” star Ed Skrein replaces Jason Statham as a younger Frank Martin, is a prequel to the original trilogy, going back in time to reveal how Frank’s life as a transporter began.

The American fantasy romance “The Age of Adaline,” which tells the story of a woman who stops aging after a car accident, opened in ninth place with 19,018 tickets sold. Blake Lively, a star of the popular drama series “Gossip Girl,” takes on the role of the female protagonist.

1. The Martian
2. The Intern
3. The Advocate: A Missing Body