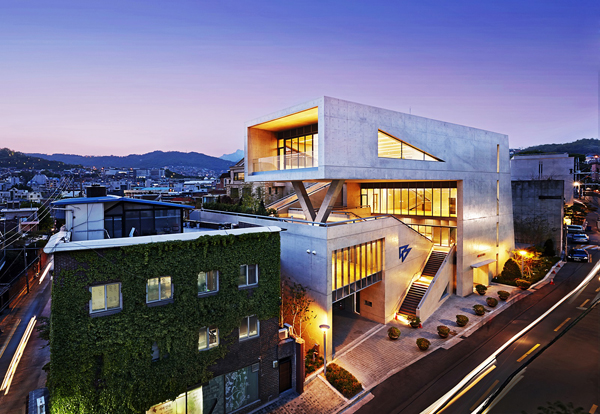 With the abundance of digital distractions such as smartphones and tablets, reading poetry or stories aloud is no longer a popular leisure activity.

But JEI Corporation, a Seoul-based educational company which publishes study materials under the brand name Jaeneung, has been advocating such analogue hobbies for decades.

“It is hard to find competitions for poetry reading and dramatic reading these days, but we have been doing this because the chairman believes the two help children grow emotionally,” said Choi Su-jin, an assistant manager in JEI’s public relations team.

She added that Chairman Park Sung-hoon of JEI Corporation, who is an honorary member of the Society of Korean Poets, is very interested in poetry. 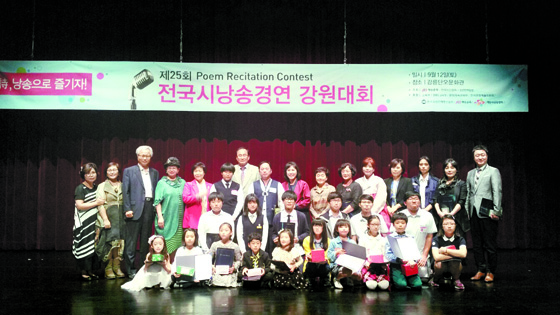 JEI Corporation has been organizing po-etry reading contests since 1991.

The company’s annual poetry reading contest, which is in its 24th year, consists of three main competitions: one for elementary school students, another for middle and high schoolers and a third for adults.

The preliminary rounds begin months before the final competition, which is usually held at the end of each year, and the preliminaries are conducted across 16 regions of the country including Busan, Daegu, Jeju and North Jeolla.

The final competition this year is set for December.

JEI has also been organizing a poetry reading camp every summer since 2006. During the three-day camp, hundreds of poetry lovers spend time with professional poets and learn how to read, enjoy and write poems.

The company’s annual dramatic reading competition, which began in 2001, is also set for later this month. 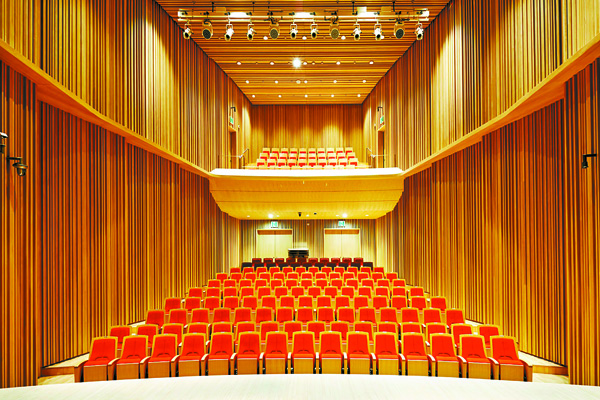 A concert hall inside the Jaeneung Culture Center is optimized for acoustic instru-ments such as the pi-ano, violin and cello

Just like the poetry reading, it consists of separate competitions for young students, teenagers and adults. A participant has to learn a story by heart and recount it using only the voice. Background music or props are not allowed.

The two literary events are focused entirely on reading aloud, but the company says hundreds and thousands of people apply for the annual events, especially children and those in their 50s and 60s.

Most of the cultural patronage programs from JEI, which also owns a college and an educational TV channel, are focused on literary activities, but the company recently finished construction of two buildings, which it calls the Jaeneung Culture Center and hopes to use as places for people with talent, in line with the brand name of its study materials.

The culture center consists of the Art Center and the Creative Center, and the company hopes the new centers will expand the scope of the company’s cultural patronage in music and fine arts.

“The gallery and the concert hall will be used for talented yet budding artists. That was the whole point of opening these buildings,” said Youn Hyup-lo, an asset management director at JEI, as he showed members of the media around Oct. 16 before the official opening.

“We wanted this space to be a home for aspiring musicians, not for established and veteran musicians,” he continued. “So that they could return the concert hall after making it big in the music industry.”

The culture center is in its early stage, and Youn said additional cultural patronage programs are under discussion.

The Art Center has a concert hall with 175 seats, which is smaller than other concert halls which can accommodate 200 to 300 people at once.

“In the beginning of the planning stage, we could have made at least 200 seats, but the space became smaller than we initially planned because we added more facilities like soundproof inserts to improve sound,” Youn explained.

Concert halls with fewer than 200 seats are not as lucrative as larger halls because more seats generate more in ticket sales, but JEI wanted to put more focus on the quality of the sound.

The Art Center will also display various types of artwork, from paintings to photography to media installations.

As for the Creative Center, it will be used for cultural lectures.

To mark its opening, the culture center will hold an exhibition titled “The Space above the Road.”

Nine artists including Geum Min-jeong and Yang Ju-hae came up with new creations to exhibit, inspired by the main road that runs through Hyehwa-dong, where the culture center is located.

World-renowned violinist Chung Kyung-wha will perform at the concert hall on Nov. 17 and 24. Tickets cost 120,000 won.