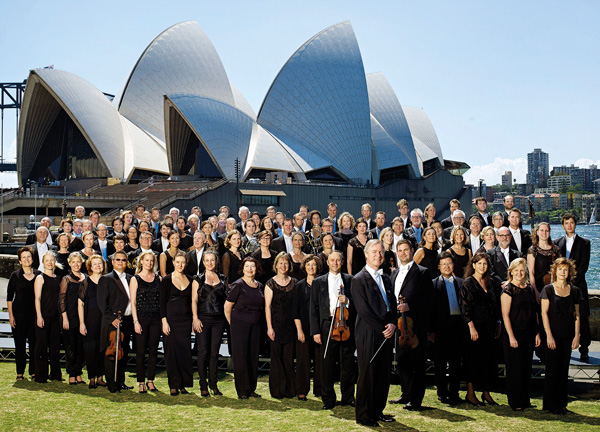 The Sydney Symphony Orchestra is returning to Korea for the second time to hold a two-day concert at the Seoul Arts Center under the baton of David Robertson. [Keith Saunders]

Wednesday: Recognized as one of Britain’s most prestigious orchestras, the BBC Philharmonic will stage their second concert in Korea in seven years. Juanjo Mena, chief conductor since 2011, will lead the orchestra. Hailing from Basque Country, Spain, Mena has solidified himself as a prominent global conductor, having performed with and served as chief conductor for various groups, including the Orchestre National de France and the New York Philharmonic. The concert also features soloist Viktoria Mullova, whom Time magazine ranked as one of the world’s top five violinists in 1988. She won first prize at the Tchaikovsky Competition in 1982 and the Sibelius Competition in 1983. 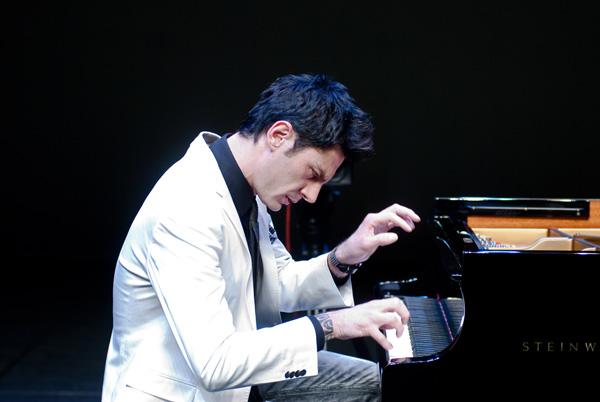 Nov. 14: Maksim Mrvica, nicknamed the king of electronic piano, is a preeminent pianist. Originally from Croatia, Maksim has been active globally and is popular particularly in East Asia, including Korea and Japan. He has previously held concerts at various venues in Korea including the Seoul Arts Center as well as a sold-out show at the Sejong Center.

This upcoming concert marks his 12th performance in Korea. He and his seven-member band have prepared a repertoire that includes movie soundtracks, pops and more.

Oct. 30 to Nov. 1: “D Classic” series is a dance project dedicated to taking classic masterpieces and reinterpreting them as dance pieces.

Perhaps in tune with the melancholy that accompanies fall, the first of the series is a production based on “Werther,” a tragedy opera created by French composer Jules Massenet. The dance production aims to use the young protagonist Werther’s sadness as the focal point of the piece, aiming to convey the magnitude of his turbulent emotion through bodily movements and gestures.

The featured ballerinas have all appeared in Mnet’s competitive show, “Dancing 9,” including Season 1 MVP Ha Hui-dong.

Oct. 30 to 31: Just as Sydney has become a cosmopolitan city, the Sydney Symphony Orchestra has evolved into one of the most globally active, internationally acclaimed orchestras in the world. The orchestra started touring globally back in 1965, and since then the group has been continuously visiting other countries including the U.S. and Japan, as well as Korea in 2011.

For its return to Korea, the Sydney Symphony Orchestra has prepared a two-day concert series. The first concert features Chinese pianist Yundi. First-prize winner of the 14th International Chopin Piano Competition at the age of 18, Yundi is a prodigy with a special knack for Chopin’s music. Vadim Repin, a veteran violinist from Austria and the youngest-ever winner of the Queen Elizabeth Competition at the age of 17, will be second soloist for the concert series.

Oct. 30 and 31: Yim Jae-beom is a preeminent Korean rock singer who started his career as the main vocalist of Sinawe, a heavy metal band that debuted in 1982. Yim also worked with other bands over the years before he released numerous solo albums. Recently, he starred in the competitive singing show “I Am a Singer” and was the winner for two seasons before he announced his temporary departure in 2011. His song, “In Love,” was also nominated for best original soundtrack at the 2011 Mnet Asian Music Awards.

Nov. 22: Many Koreans are familiar with the Irish singer and songwriter Damien Rice. Although he hasn’t held an official world tour in recent years, he has visited Korea three times since 2013. Rice is coming back to Korea as part of his world tour titled “My Favourite Faded Fantasy Tour.” The musician is known for only selecting the first and final songs of his set list while deciding the rest on a whim.

Dec. 16 to 20: Old-school K-pop band g.o.d. is holding a national tour to celebrate the 15th anniversary of its debut. Although the group disbanded in 2005, the members have kept busy, with one member pursuing a career as a solo singer, one an actor and one even a DJ. The group got together last year after a nine-year hiatus and produced an eighth studio album and digital single, which topped local music charts upon release.