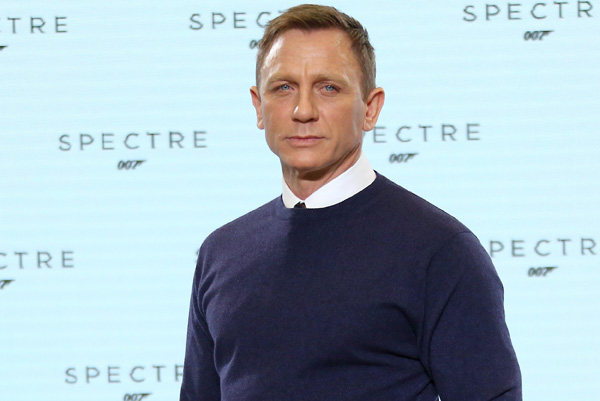 NEW YORK - A couple of big-time movie stars will be appearing off-Broadway next fall when Daniel Craig and David Oyelowo star in a production of William Shakespeare’s “Othello” at New York Theatre Workshop.

Sam Gold, a Tony-winner for “Fun Home” will direct the tragedy, with “Selma” star Oyelowo playing the title role and super spy 007 Craig as Iago. The show is slated for fall 2016 and additional casting will be announced later.

Like Hamlet and Macbeth, Othello is a Shakespearean protagonist driven mad by suspicion and fear. In the play, Othello’s trusted lieutenant spins a web to make him doubt his wife’s fidelity.

Craig plays James Bond in “Spectre” out next month, and Oyelowo is next slated to co-star with Zoe Saldana in “Nina” about singer Nina Simone.

‘Finding Your Roots’ returning to TV

NEW YORK - PBS’ popular “Finding Your Roots” series, temporarily shelved after an episode omitted references to the slaveholding past of Ben Affleck’s ancestor at the actor’s request, will return to public television for its third season in January.

The show has hired a new fact-checker and two new genealogists as part of its reforms, said the network’s Beth Hoppe on Monday. PBS had suspended the series after determining that the show’s producers violated standards by allowing Affleck undue influence on its content and failing to inform the network of his request.

“It has become a more transparent process and a more rigorous process,” Hoppe said, “but essentially at its core these are personal stories about people who are finding out about their histories. That hasn’t changed.”

“Finding Your Roots,” which is hosted and written by Henry Louis Gates Jr., returns on Jan. 5. Julianne Moore, Keenen Ivory Wayans, Sen. John McCain and television producers Norman Lear and Shonda Rhimes are among the 28 new celebrities whose backgrounds are traced.

Given the sensitivity of the Affleck case, the series makes certain to mention if its experts find slaveholding backgrounds for any of the celebrities featured this season, even if that isn’t a central part of the story being told, Hoppe said. That’s the case with several people in the new season, but PBS would not reveal which ones.