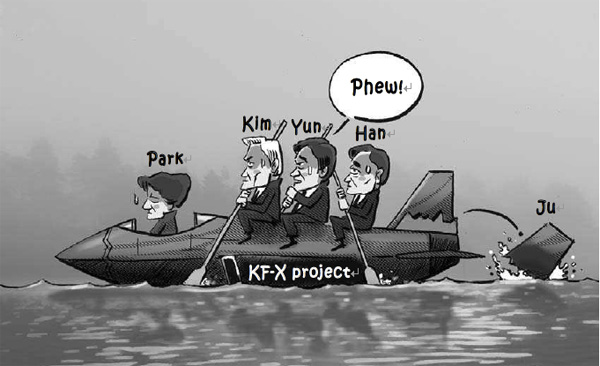 After the government’s botched deal with Lockheed Martin to secure core technologies for its multibillion-dollar KF-X project, President Park Geun-hye fired Ju Chul-ki as senior secretary for foreign affairs and security but kept three high-level officials on board: Kim Kwan-jin, chief of the National Security Office of the Blue House; Yun Byung-se, minister of foreign affairs; and Han Min-koo, minister of national defense.