New f(x) album set to come out next week

New f(x) album set to come out next week 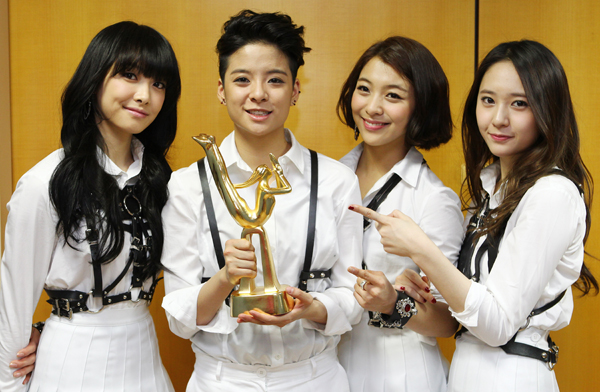 SM Entertainment, the four-member group’s agency, said on Wednesday that all the tracks from a new album, titled “4 Walls,” will be unveiled at midnight on Tuesday.

It is the girl group’s first album to be released without Sulli, who left the group in June to pursue an acting career.

Prior to the release of the new album, the group will put on an exhibit in the Kyungridan-gil area near Itaewon, central Seoul, to promote the new record. The exhibition will kick off today and runs through Monday.

This will be the first new album from f(x) in 15 months, but members of the girl group have been pursuing solo careers.

Amber released her first solo album earlier this year, and the Taiwanese-American also appeared on a special episode of the popular reality TV show “Real Men,” in which female celebrities experience Army life.

Victoria, a Chinese member of the girl group, and Korean member Krystal each appeared in drama series.