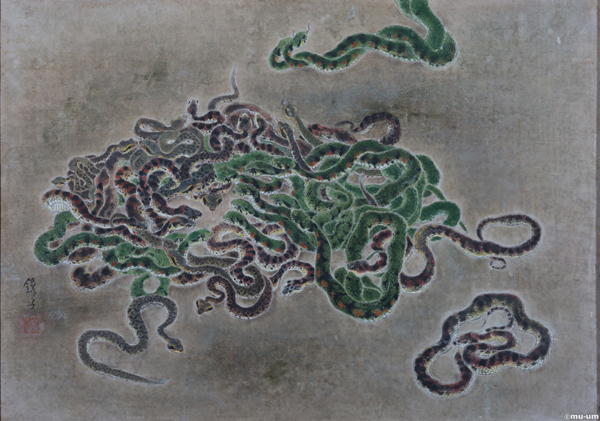 “A Mode of Life,” one of Chun’s representative works. [SEOUL MUSEUM OF ART]

Chun Kyung-ja, a towering figure in the Korean art scene who was frequently rumored to be dead, passed away two months ago at the age of 91 due to chronic illness at her daughter’s house in New York, the Seoul Museum of Art (SeMA) said Thursday. 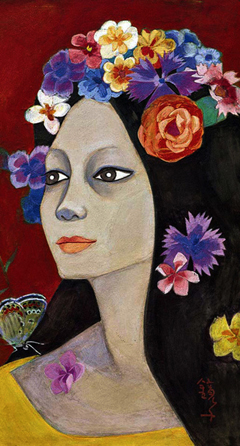 One of the seven paintings by the late artist Chun Kyung-ja, titled “Solitutde,” that will go on display at the Seoul Museum starting Tuesday. [SEOUL MUSEUM]

According to SeMA officials, Chun’s oldest daughter, Lee Hye-seon, visited the museum in August with the urn of Chun’s ashes. The museum has special meaning for Chun because it houses 93 of her works.

“I did not meet in person with Lee,” SeMA Director Kim Hong-hee told Yonhap News Agency on Thursday. “But I was told that she strongly requested the museum to not inform the media about [Chun’s death].”

Yonhap also reported that a close acquaintance of Chun said that the late painter’s condition had deteriorated since last November and that she passed away Aug. 8, with her doctor by her side.

The acquaintance also said that her body was cremated, and the funeral was held quietly at a church in New York.

One of the few influential Korean female painters, Chun is best known for her exotic and strong-colored paintings of women and flowers that express sorrow, loneliness and longing.

The sorrowful mood underlying her work is known to have been derived from her not-so-fortunate personal life, involving two divorces and the abrupt death of her younger sister.

Chun, who was born to an affluent family in Goheung, South Jeolla, in 1924, went to Japan in 1940 to study art at what is now Tokyo Women’s Art School. 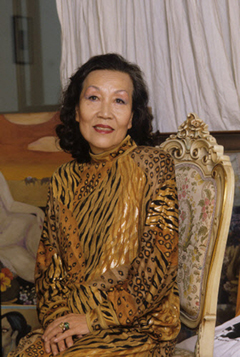 
In 1942, she won an art award with a painting of her grandfather, before returning to her homeland where she gained widespread acclaim with her vibrantly colored portraits of women and flowers. Her heyday was from the 1960s to the 1980s.

The strange occurrences began in 1991 when Chun alleged that one of her paintings possessed by the National Museum of Modern and Contemporary Art was a forgery. She claimed that a portrait of a young girl with a butterfly on her shoulder was not her work but a fake. However, the museum did not accept her claim.

After the incident, Chun announced her retirement and took off to New York, where her eldest daughter, Lee, was residing. Before she left Korea in 1998, she donated 93 pieces of her work to SeMA. She has kept an extremely low profile ever since.

But then in 2013, Chun’s daughter, Lee, asked for the donated pieces back, claiming that the museum was not treating the paintings well. The museum refused her request.

While Chun was living in the United States, she was reported to be in poor health after having a stroke in 2003, which led to numerous rumors of the artist’s death over the past decade.

Coincidentally, the Seoul Museum in Buam-dong, central Seoul, will exhibit seven pieces by the late artist as part of its “The Beautiful; Women in Paintings” exhibition, which runs from Tuesday to March 20. For more information, visit www.seoulmuseum.org.