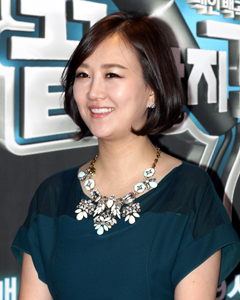 The singer wanted to keep a low profile over the donation, but the charity reportedly wanted to make the news of Jang’s good deed public to encourage donations.

The charity said on Thursday that it will “use this money for children who are suffering from incurable or rare diseases.”

Jang reportedly said, “I’ve come to realize it takes a whole village to raise a child, as the old saying goes. Thus, I’ve decided to donate in hopes of helping sick children. I hope all the children, including mine, will stay healthy.”

Jang married news presenter Do Kyung-wan in 2013 and has a son with him.

The singer debuted in 1999 and is credited for bringing changes to trot music, an old form of Korean pop usually performed by singers in their 50s and 60s. But Jang was the first young singer to become successful in the genre.

She has many hits, including “Oh My Goodness” and “Ollae.”

Jang is often referred to as a “one-person company” because she is one of the highest-paid singers in Korea.