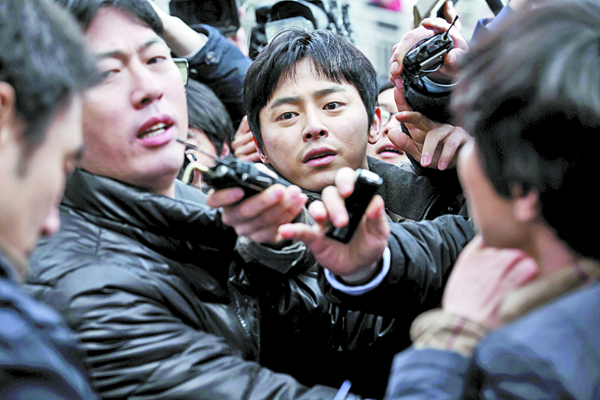 The Exclusive: Beat the Devil’s Tattoo (15)

This comedic yet dramatic thriller stars Korean actor Jo Jung-suk, who became popular soon after his film debut in “Architecture 101” (2012) and his performance in the TV drama “Oh My Ghost” (2015).

This time, Jo plays the role of Huh Moo-hyuk, a news reporter whose life is on the brink of collapse. Moo-hyuk is about to lose his job as a TV reporter, but on top of that, he is also going through a divorce.

However, Moo-hyuk stumbles upon what he believes to be a major scoop related to a serial murder case.

As soon as he reports about it, he instantly rises to fame and lands back on TV news. Exclusive reporting, after all, is what it’s all about at broadcasting stations.

Meanwhile, Moo-hyuk soon learns that his article was based on false information, as the scoop turns out to be some lines taken from a piece of crime fiction.

As much as Moo-hyuk wants to escape from the mess that he has created, more and more people demand an explanation from him, ordering him to follow up. Even a witness who already knows the truth threatens to disclose Moo-hyuk’s error. But then, another murder takes place exactly in the way that Moo-hyuk had falsely reported.

What started as a reporter’s error turns out to be stranger than fiction.

Kwon Oh-kwang was the screenwriter for the short film “Safe,” which became the first Korean short film to win an award at the Cannes Film Festival. He is now making his directorial debut with the social satire film “Collective Invention.”

Actor and comedian Lee Kwang-soo, best known for his regular appearance on the variety show “Running Man,” dons a mask to play the principal role of Park Gu, who is half-man, half-fish.

Due to the side effects of a drug he took when participating in a clinical trial, Gu is now burdened with webbed fingers and a giant fish head.

Meanwhile, Gu’s girlfriend (Park Bo-young) writes on the Internet about her “fishy” boyfriend.

Gu’s mutation turns into an urban legend so big that journalist Sang-won (Lee Chun-hee) takes on the task of tracking down the tale.

But he also gets caught up in a battle between human rights lawyers and the scientists who characterize Gu as a monster.

As Gu’s fame grows, more people begin to scrutinize his actions and behavior, while some try to use his condition and fame for their own means. 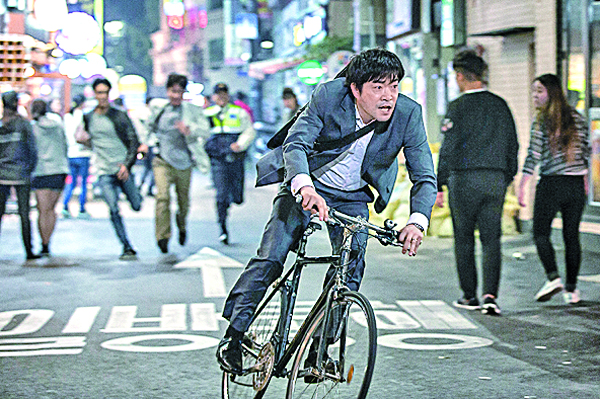 Veteran thriller actors - Son Hyun-ju from “Hide And Seek” (2013), Uhm Ji-won from “Private Eye” (2009) and Bae Sung-woo, who is back in the antagonist role after “The Office” (2015) - have teamed up for this quasi-surreal crime thriller directed by Kim Bong-joo.

Son plays the role of a grieving widower, Go Dong-ho, who had lost his wife, Cho Yeon-soo (Uhm Ji-won), in a murder that happened at his house while he was out enjoying a night of binge drinking with his colleagues.

Exactly one year later, however, he receives an unexpected call from none other than his wife. He at first believes it is a prank call but later realizes that it is indeed his wife. Dong-ho is connected to her through an inexplicable radioactive abnormality, on the day of his wife’s murder.

Suddenly, history seems to repeat itself, as the unwelcome intruder (Bae Sung-woo) approaches the house again, where just like a year ago, Yeon-soo is alone.

Dong-ho thinks he can bring back his wife alive, if only he can convince Yeon-soo to stay away from the house that night.

But that is not all there is to be solved. 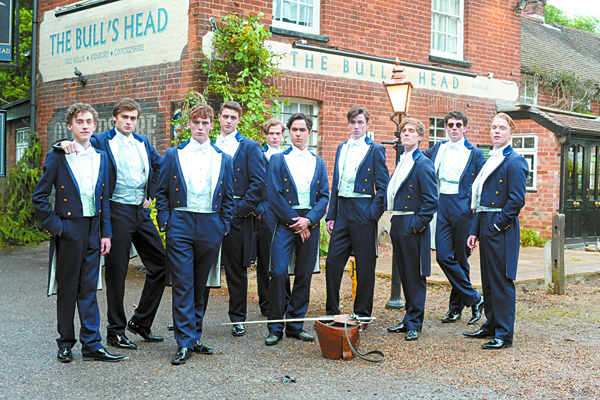 Welcome to the Riot Club, the most elitist and exclusive fraternity at Oxford University. Made up of privileged boys from aristocratic families, the club members aim to be as reckless as possible before succeeding their parents and becoming the next politicians or public figures who won’t ever be able to partake in such behaviors from then on.

Before long, Alistair begins to resent Miles and gets more competitive about club membership.

Then arrives the day when the Riot Club holds its annual dinner. While barred from most of the establishments in Oxford, the group settles on a country club and gets ready for a licentious night of drinking and drugs. But as the night grows dark, and their inebriation and recklessness gets more out of control, the boys soon have to learn in the worst way that money can’t buy everything, least of all a way out of their own mess.

Directed by Lone Scherfig, who previously worked on films such as “An Education” (2009), “The Riot Club” presents a tale of not only youth, bliss and freedom but also of coming-of-age and growing out of that naivety.

A manned mission to Mars goes awry when one of the astronauts, Mark Watney (Matt Damon), disappears due to a severe storm. With no trace of Watney’s body, Commander Melissa Lewis (Jessica Chastain) has no other option than to pronounce him dead and leave the planet with the remaining crew members.

It turns out that Watney survived the storm, but he is now stranded.

At first, the odds are against his survival: While it would take four years for the next mission to arrive, Watney’s food supplies will only last 50 days.

With his survival uncertain, he has to rely on his botanic knowledge, meticulous scientific calculations and, above all, undying hope in order to make it home.

Damon successfully plays his role with a sense of humor and wit that keeps the movie from being a typical, jarring space-survival movie.

Plus, with the recent discovery of water on Mars, this movie is the perfect way to satisfy renewed interest in the planet far - but not too far - from Earth.

The film has confidently topped the Korean box office for two consecutive weeks since it opened on Oct. 8. 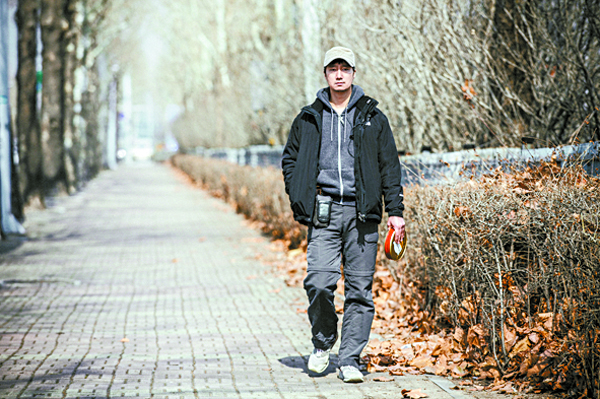 In the first part, the film starts with a lighting assistant, played by Park Hae-il, who is at a mental hospital used as a set for a movie. As he watches the way that the director (Kim Haek-sun) handles the filmmaking, he becomes disappointed in the director’s incompetence.

He drills the director with questions like, “Do you believe in love, director?” and “Do you even understand films?” Such questions then lead to a meditation on the connection between love and film in a much broader context.

Interestingly, the third part reuses scenes from past movies of the starring actors. These include Park Hae-il’s “Memories of Murder” (2003, directed by Bong Joon-ho) and Ahn Sung-ki’s “May 18” (2007, directed by Kim Ji-hoon), among others. These parts are reassembled to create a new story that remains connected to the original plot of the film.

This peculiar process is representative of the qualities of traditional films that digital films may not be able to recreate.