The duty of historians

The duty of historians 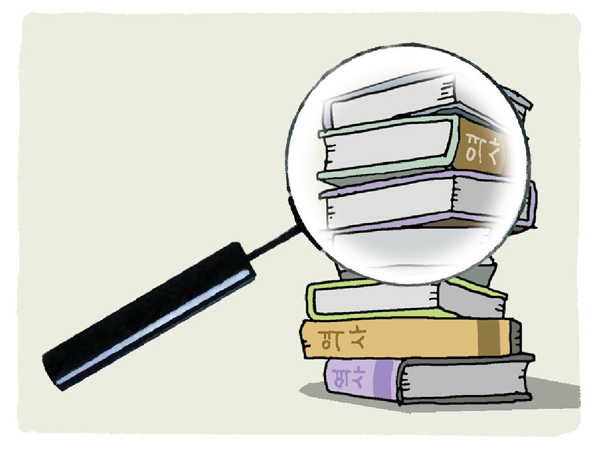 The latest controversy over history textbooks is out of control. The discussion has been framed entirely wrongly and meaningless battles are being waged. Writing a proper history textbook is a different issue from whether textbooks should be authored by the government or simply approved by it. The error in the debate comes from the erroneous conclusion that a state-authored textbook is bad and an approved one is good.

The government-approved textbook is an evolved form of the state-authored textbook. It is a more advanced way of teaching young people history from diverse perspectives and with balance. The state-authored textbook is a unilateral injection of a certain viewpoint, a method mostly used in underdeveloped or dictatorial countries. This is the general theory. However, such a theory cannot be applied to Korean textbooks. Just as conservative regimes distorted and sanitized certain parts of our history, the progressives did not hesitate to sanitize history from the progressive or liberal point of view.

Let’s look at the state-authored textbooks from the conservative regimes. The May 16 coup was described as a heroic feat and revolution that toppled a corrupt regime. The October Yushin, or Restoration, a mere tool to extend a dictator’s power, was packaged as “national restoration.” North Korea’s Kim Il-sung was a fabricated figure, according to the state-authored social studies and ethics textbooks. It also described North Korea as a place where horned goblins lived, so writer Hwang Seok-yeong lamented upon visiting the North, “Real people live in North Korea.”

The progressive regime was not much different. State authorship was changed to an approval system, but the textbooks that included modern events led to history disputes. Syngman Rhee led separate governments for South and North Korea, they said, so he cannot be the founding president, and Aug. 15, 1948, is not National Foundation Day but marks the establishment of the South Korean government. They also rated North Korea’s free distribution reform higher than South Korea’s land reforms. President Park Chung Hee’s industrial policies get stingy recognition, while his anti-democratic, anti-human rights oppression was highlighted. Critics say the current textbooks are generous to North Korea’s three-generation Communist dynasty, while they disparage Syngman Rhee and Park Chung Hee as pro-Japanese dictators.

Based on our experiences, the general theory of calling state authorship evil and the approval system good does not apply to Korea’s reality. Just as the state-authored textbook contributed to the sanitization of conservative regimes, the approved textbooks distorted history and infused a progressive viewpoint widespread among the so-called 386 Generation. If the Park Geun-hye government did not address the issue by unilaterally announcing state authorship and began discussions to write history textbooks anew, the situation wouldn’t have become so complicated.

Historians are primarily responsible for making history textbooks a political issue and a focus of the citizens. Historians are accountable for distorting history, whether they surrendered to oppressive regimes or protested against them. I expect historians to take the initiative to correct history. I thought they wouldn’t be swayed by power and would actively participate in publication. However, the reality is just the opposite. Universities and history societies reject state authorship and hold rallies opposing participation in state-authored textbooks. This is the second error.

American historian Carl Becker wrote the famous essay, “Everyman His Own Historian.” Everyone has a past. We all write journals, look back on the past and learn from it. The mistakes of the past are lessons for the future. Historians are no different. But writing the history of a community requires a specialist. The historian is demanded to be strictly neutral and balanced. Professionals should be different from amateurs.

Writing a history textbook is different from writing a journal. Evidence should be collected based on facts, and the historian needs to write what the majority would agree upon with a balanced perspective. He should be especially careful when writing for young people. Since it is hard to assess recent events, chronological descriptions of contemporary historical accounts are more appropriate. There should also be a consensus on where to draw line between history and the present.

A true historian needs to aggressively participate in the job of removing paste and scissors. If all history experts don’t participate in the project, where will Korean history textbooks be headed? Instead of boycotting, they should get involved and right history. It is the calling for our historians.

*The author is the director of the Institute for the Translation of Korean Classics.