Actor Lee Byung-hun back in the spotlight

Actor Lee Byung-hun back in the spotlight 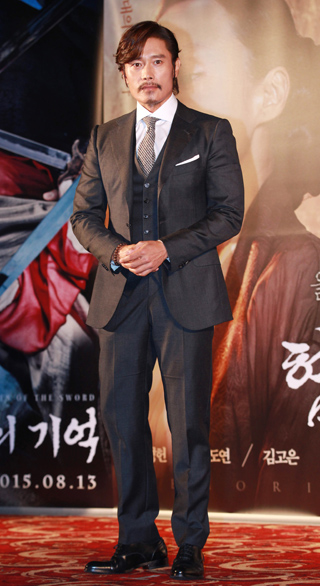 Veteran actor Lee Byung-hun will take part in promoting his upcoming film “Inside Men,” according to film industry insiders.

Lee has been keeping a low profile since he was embroiled in a scandal in August last year. The scandal surfaced when Lee reported two women to the police after they threatened him. The women, both in their 20s, demanded 5 billion won ($4.4 million) from Lee, or they reportedly said they would release a video file of Lee using lewd language toward one of the women while he was drinking wine with them.

The blackmail scandal came to an end with the accomplices sentenced to jail terms, though they were later out on bail. But Lee came under fire for flirting with the young women.

After the scandal, Lee’s film, “Memories of the Sword,” was released, but the actor just participated in a press day event and didn’t take part in other promotional events because he was shooting a film in Hollywood.

“Inside Men,” a crime drama, will hit theaters nationwide Nov. 19.

The 45-year-old recently finished shooting two Hollywood films, “Beyond Deceit” and “The Magnificent Seven,” which are slated to open next year.