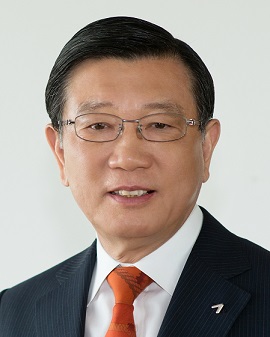 The sell-off comes while the government is considering fining the company over unlawful transactions among the firm’s affiliates in the past.

The Kumho Industrial deal attracted national attention not only because it was one of the biggest M&As this year but also because it decided Park’s ownership of the Kumho group, whose businesses spans logistics, construction and airlines.

Kumho Industrial holds a 30.08 percent stake in Asiana Airlines, the second largest carrier in Korea. The airline owns 46 percent of Air Busan, a budget airline, and 100 percent of Kumho Terminal and Asiana IDT.

Park signed an agreement to buy a 50 percent stake plus an additional share in the construction company for 722.8 billion won ($606.4 million) with creditors led by the Korea Development Bank (KDB) in September. He needs to submit a final draft for financing by Nov. 6 and must pay all the money by the end of the year.

Of the sales, 5.45 percent of Kumho Industrial and 3.74 percent stake of Kumho Tire were sold for 76.1 billion won. The unsold shares will likely be purchased by investors such as Hyosung Group and Kolon.

Sources said Dongbu Insurance that manages Asiana Airlines’ indemnity insurance is considering joining the strategical investing group to tighten its partnership with the carrier. Park is expected to gain about 154.1 billion won from the sales.

After selling the remaining shares, Park will establish a special purpose company (SPC) to acquire ownership of Kumho Industrial with a 50 percent stake plus one share, by investing about 400 billion won, which is still 322.8 billion won short of the total necessary. Park is expected to provide the rest of funds from other investors, according to investment institutions.

Kumho group is suspected of forcing its affiliates to purchase commercial papers issued by Kumho Tire and Kumho Industrial after Dec. 20, 2009, to stave off bankruptcy, and also to buy papers at higher prices than their actual value.

The FTC said last week the transactions were not fair as they were high risk investments. The FTC met on Wednesday to decide whether to impose a fine. As of press time, the decision had not been announced. ?

“We will wait for the FTC’s decision, but we don’t think it will provide problems for the Kumho Industrial acquisition,” said a spokesman of Kumho Asiana Group.