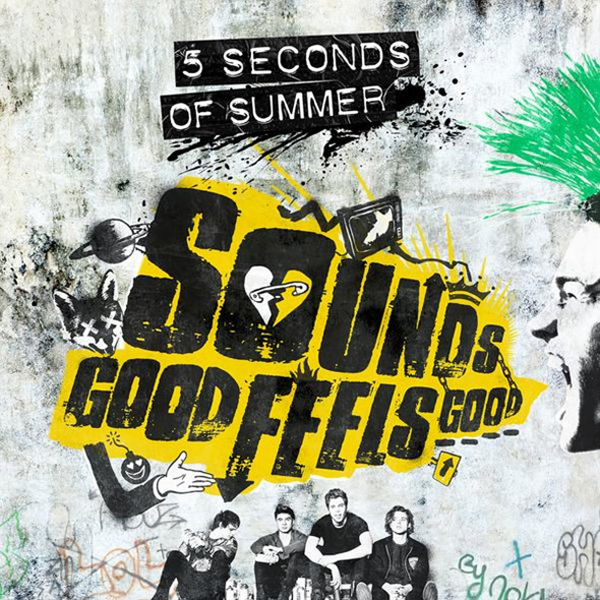 The hair gel divided by raw energy that is Australian power-pop rockers 5 Seconds of Summer are out with their second studio album, “Sounds Good Feels Good.” The album sounds OK and feels exactly like what you’d expect from a band with the sole mission of delivering palatable rock songs to a global audience of teenage girls.

“Permanent Vacation” speaks to the underachiever in us all, asking us to take ownership of it and treat ourselves to a grand old time out from the pressures of life that weigh in too heavy. It’s an admirable artistic aim, but the track sounds like every song Green Day might have left on the cutting room floor because it was too soft around the edges.

That’s where these four Aussie heartthrobs come in. Soft is their specialty.

“Na na na na, na na na na” begins the song “Fly Away,” and other words surely follow but they hardly matter because when you’re 14 and you’ve got 5SOS pumping through your iPhone 6 Plus in the back seat of your mom’s SUV, you’re waiting for the hook, whatever the words may be. AP