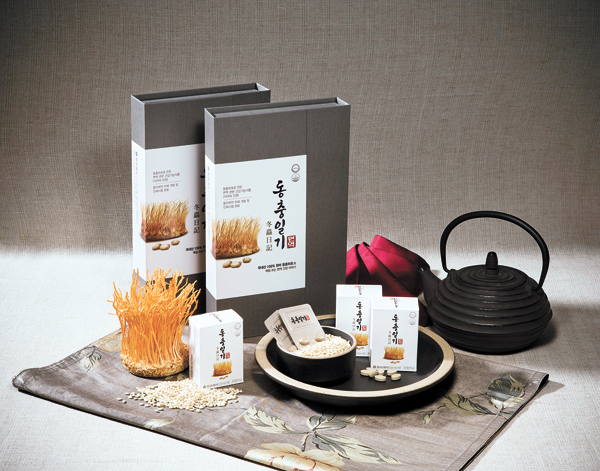 Dong-A Pharmaceutical has developed a new product, “D.C Daily,” made from cordyceps, an ingredient known in Oriental medicine for its ability to boost immunity from respiratory illnesses such as asthma and chest colds.

Cordyceps is a fungus that traditionally grows on insects. Along with ginseng and deer antlers, it is one of the three medicines said to bring eternal youth in East Asian folklore. The fungus has long been studied in Korea for its effectiveness in boosting immunity, preventing aging, improving fatigue and fighting cancer.

However, cordyceps has typically been too expensive for ordinary people to consume due to the sensitive conditions required for its cultivation.

After much research, Prof. Sung developed a new cultivation method to grow cordyceps on brown rice rather than insects, which substantially lowered the costs incurred from the cultivation process.

To prove the immunity-strengthening effect of cordyceps cultivated on brown rice, Dong-A Pharmaceutical gave healthy adult males the substance for four weeks. According to the results, their immune cells increased by 27 percent, and the activity of those cells increased by 11 percent.

The product is recommended to be taken as two pills, twice a day.