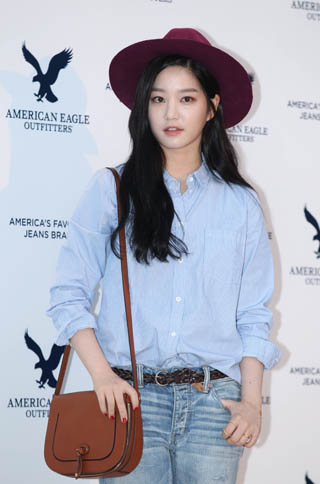 Actress Lee Yu-bi of “Scholar Who Walks the Night” (2015) was recently blackmailed by a group of men after she lost her smartphone at a club in Seoul.

News of the budding actress being threatened was made public by the Gangnam Police Precinct on Wednesday.

According to police, Lee lost her smartphone on Oct. 17, and three young men in their 20s demanded 20 million won ($17,500) from Lee in exchange for not revealing all the photos and private documents on her smartphone. The men called Lee and her agency from public pay phones to hide their locations and phone numbers.

But Lee and her agency, Sidus HQ, reported it to the police right away, and the man who took the lead in the scheme was arrested and sent to the prosecutor’s office.