Pop singer hopes to bring opera to a wider audience

Pop singer hopes to bring opera to a wider audience 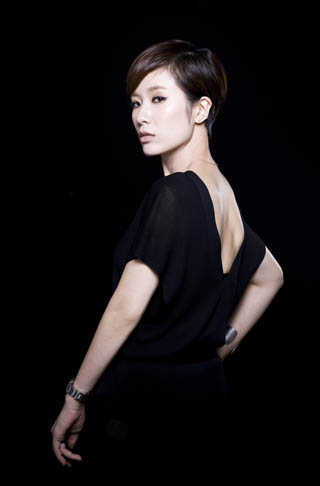 
For singer Park Ki-young, the label of gyeongdannyeo - a recent term referring to women who interrupt their careers for family - doesn’t apply, even though she took a break from the music business to take care of her daughter.

She recently overcame a new challenge, releasing an operatic pop album titled “A Primeira Festa” on Wednesday in a first for any pop singer in Korea.

Park was encouraged to make the album after winning “Opera Star 2,” a survival TV competition for opera singing, in 2012. She became widely recognized as a pop singer with exceptional skills after wining in the show, but she couldn’t take her career further at the time because she gave birth to a daughter.

Her sleep deprivation and deteriorating voice almost kept her from progressing in the music industry. And she was further discouraged after her seventh album, released in 2010 before the opera show, didn’t get much attention.

However, despite these setbacks, she is gearing up again to claim her spot at the top of pop and classical music with the new album, proving that she can bounce back from any struggle.

Q. How did you overcome challenges?

A. Whenever I feel like I’m becoming small, there are always some people who encourage me. For example, I made a song out of a poem titled “Agnes’ Song” from the movie “Poetry” by director Lee Chang-dong. When the director said that I have an amazing talent, I felt like the Park Ki-young who was crushed to pieces got put back together.

It is the first time for a Korean pop singer to release an operatic pop album. How do you feel about that?

I was actually more surprised to hear that I was the first pop singer to do such a thing. No matter how hard I try, I don’t think I can catch up with professionals who have been classical vocalists.

I took on the challenge in hopes that classical music will become more widely popular. I want to be the middle man so that many musicians from diverse genres can have easier access to classical music, so the overall market can grow bigger.

What made you decide to participate in a survival show for opera singing?

I said yes immediately after I got an offer to join the show because I like wearing pretty dresses and classical music. But I was stunned to learn that the show would be live. My fingers shook so much, if you had seen me singing.

You still get nervous after 17 years on stage since your debut?

When I was young, I was obsessed with being confident. But the more I get to know, the more I get scared. The temperature in the audience section is about 1.5 degrees Celsius (2.7 degrees Fahrenheit) lower than on the stage. The singer has the task of smoothly raising the temperature in the audience. You can’t really hide behind your fear, or be too confident.