At a crossroads in filmmaking, a labor of love

At a crossroads in filmmaking, a labor of love 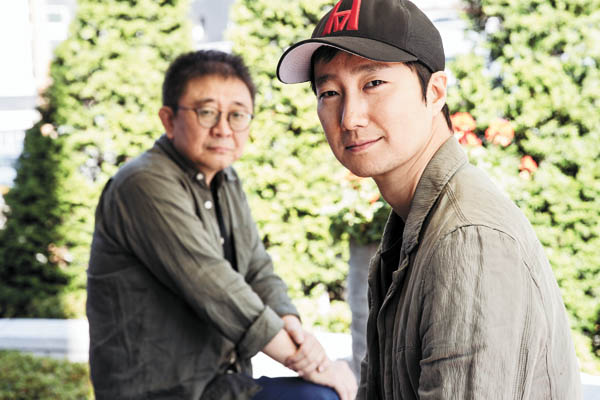 BUSAN - After first working together and forming a bond for the movie “Gyeongju” (2013), Korean-Chinese filmmaker Zhang Lu and Korean actor Park Hae-il have reunited for “Love And …,” which opened in theaters last week.

In the first part, Park plays the role of a lighting assistant at a mental hospital being used as a film set. After observing the filming for a while, he approaches the director (Kim Haek-sun) and begins to question and criticize him. He asks the director whether he believes in love, and if he even understands film.

Zhang reminisces about the era of traditional film in Part Two, which was shot on 16 mm film. “As Part One was filmed digitally, the purpose of Part Two is literally to look at the same scene through a different lens and observe the contrast in the resulting qualities,” he explained. 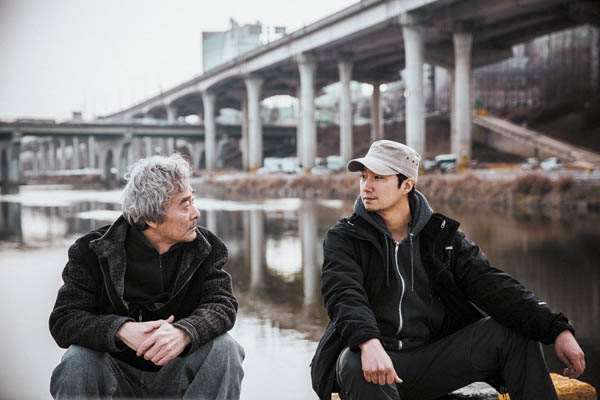 Part Three is made up of scenes from past films of the featured actors, including Park’s “Memories of Murder” (2003, directed by Bong Joon-ho), Moon So-ri’s “Peppermint Candy” (2000, directed by Lee Chang-dong), Ahn Sung-ki’s “May 18” (2007, directed by Kim Ji-hoon) and Han Ye-ri’s “A Blind River” (2009, directed by Ahn Sung-kyung). The scenes are reassembled to create a new story that furthers the overall plot.

As such, “Love And …” is an experimental and contemplative movie that turns inwardly to look at the meanings of love and film.

Q. Following “Gyeongju,” this is the second time that you are working together.

A.Zhang: To be fair, it wasn’t like we disliked each other at our first meeting. While you may wish to not see someone again after the first encounter, there are also those you certainly want to cross paths with again. Given that the film is a story about people, I felt like I had to see Park again to resume some conversations left unfinished, such as, “Do you believe in love?” (laughs). 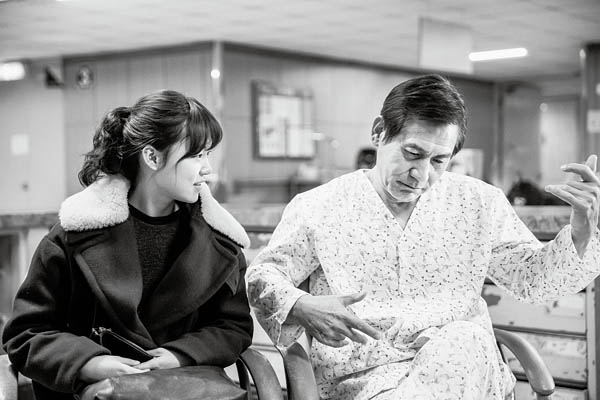 “Love,” “Film,” “Them” and “Love Again.” Part Two was shot on 16 mm film, and Part Three is made up of scenes from past films of the featured actors. [SMILEENT]

Park: Would you not care about me if we had nothing to discuss? (laughs). I was fortunate to star in the movie thanks to Director Zhang. I guess he believed that only someone like me could mull over those kinds of questions in a movie.

Zhang: Yes, I would say so … (laughs). Actually, the questions that the lighting staff asks in the movie are in fact the very questions that any staff has the right to ask on a film set. Doesn’t the director decide on everything? But staff members and actors can disagree with him. So I always say to myself, “They’re probably thinking, ‘Do you know film?’” Even in this film, I had to take on the role of being questioned and criticized.

Park: I also couldn’t help but keep questioning myself while acting. “Do I believe in love? Am I rightfully asking these questions while truly understanding the film?” It was an enticing project that endlessly triggered these self-reflective questions.

So, do you believe in love?

Zhang: In the movie, the lighting assistant’s question is left unanswered. In other words, it’s the question itself that’s more precious. To want an answer from me, the origin of the question, would defeat the purpose. So let me be the one to continue asking the question (laughs).

Your films’ settings always have a direct connection with their themes. So what’s the significance of the mental hospital for this movie?

Zhang: Oddly enough, there are some similarities between a film set and a mental hospital. A mental hospital is a place isolated in terms of time and space. A film is the mediator for creating time and space. And, sometimes, when I’m on a film set, it’s like I’m suffering from a mental illness. Even when I was working on “Gyeongju,” I could not stop asking myself why I was making that film.

In the three and a half years that I’ve been in Korea so far, all this time I’ve only been thinking about movies, to the point of illness. When I was previously living in Beijing, I barely had time to think or talk about films, as I had a lot of interactions and conversations unrelated to film. Now in Korea, I meet people and give lectures only for the sake of film. I think these are the factors that led to my interest in making a film like “Love And …” 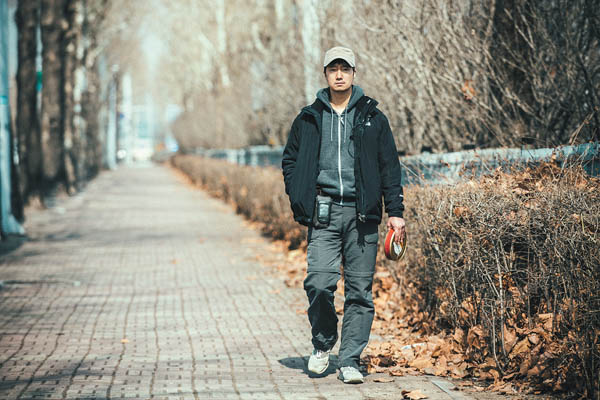 Part Four of the film seems very similar to Part One, except that the actors voice over without being physically present in the captured scene. It’s as if they’re there, but we can’t see them. Is that your intention?

Park: That’s right. When I was watching the completed film, there was this nagging feeling that the people in the film were fading. If you think about it, that’s exactly what the movie is about - the evanescence of time and how space, sound, people and emotion are all bound to trickle into a thing of the past.

Zhang: I couldn’t have said it any better than you, Park. Our movie’s title is “Love of the Film Era” [the literal translation of the Korean title]. The transition from traditional to digital filmmaking is different from the transition from silent to sound pictures.

Film and digital have different textures. To have traditional film disappear is to lose a certain texture. There is an oddly special quality to a film that has gotten old and rusty. And there’s a certain nostalgia attached to that kind of film, almost similar to a person aging before passing away. But the idea of seeing a digital film that stays intact after 100 years seems unfathomable. I’m confident that traditional film will return in the near future.

You have this distinct way of juxtaposing reality and fantasy, and life and death, in your films, Director Zhang. In that regard, it seems like you are a perfect fit with Park, who is versatile and worked on various types of films over 15 years.

Zhang: Is that so? We actually debuted around a similar time. In 2001, I had just directed a short film, and Park starred in “Waikiki Brothers” [directed by Yim Soon-rye].

Park: “Gyeongju” was not the first time I saw Zhang. At a social gathering in light of the release of “Waikiki Brothers,” Zhang happened to be there, too.

Zhang: I remember noticing this one young man sitting alone. He was staring off without engaging in conversation with anyone. I cannot forget that sight to this day. And I never get tired of Park’s acting. He always brings something new to the table, making me think, “Who is this person?” every time.

Park: I always look forward to Zhang’s works. They elicit genuine curiosity and meditation. I would consider those qualities most valuable in films.

So will you be working together again for the third time?

Park: Personally, regardless of whether we work again or not, I want to meet Zhang again.

Zhang: As for me, if Park were to star in every single one of my films, they will all be great (smiles).