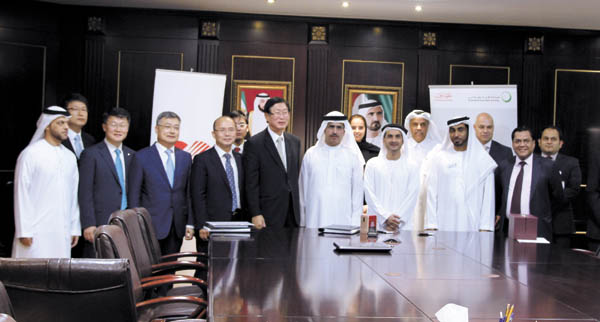 The deal with Dubai’s electricity authority was the first actual export business deal in which Kepco constructs basic ICT infrastructure, solar panels, energy storage system (ESS) batteries and other automated parts for a smart grid power system in Dubai. It is a trial project by the United Arab Emeriates to develop Dubai into a smart city by 2021.

The state-run electricity company reached agreements with Canada’s Power Stream in July and with the government of the state of Maryland earlier this month during President Park Geun-hye trip to the United States, but they mainly involved sharing smart grid technologies and joint research in the area.

“Participating in Dubai’s smart grid trial business means that Kepco’s new energy technologies have been globally recognized for their competence,” Cho said. “This will be a beginning for Kepco to explore the global smart grid market starting from our first destination, the Middle East.”

The company hopes to construct automatic systems involving solar panels, energy storage in batteries, the control of heating and cooling systems and even electric vehicle chargers.