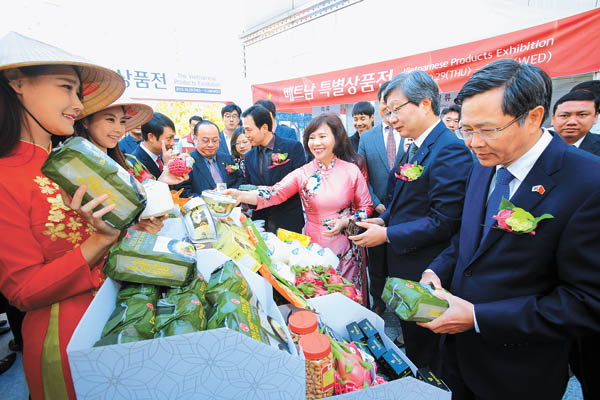 Lotte Mart is holding a special event promoting Vietnamese products at major branches in the greater Seoul area for a week to celebrate the cooperative relationship between the two countries.

Lotte Mart on Thursday kicked off a promotional special event that will run through Nov. 4 at six of its major branches: Seoul Station, Songpa, Jamsil and Guro in Seoul, and Uiwang and Guri in Gyeonggi.

This is the fifth time that Korean retailers have held such an event, first kicking off a special promotional event introducing Southeast Asian products to Korean consumers in 2011.

The products being introduced to Korean consumers have been selected after a review of 100 companies at the retailer’s branch in South Saigon in June.

Some of the products ? including the popular G7 mix coffee ? are being sold at a 20 to 30 percent discount.

The Korean retailer said it first entered the Vietnamese market seven years ago, in December 2008.