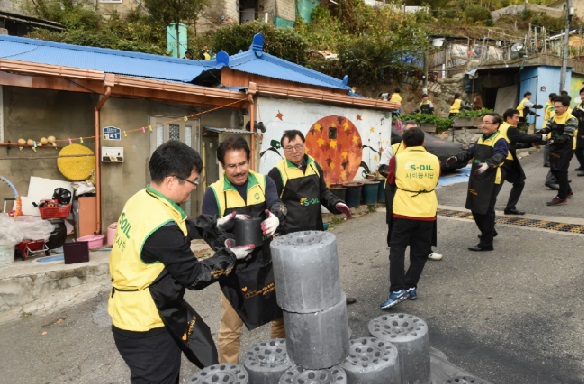 S-Oil CEO Nasser Al-Mahasher, second from right, passes on briquettes for low-income households and the elderly who are living alone in Hongje-dong, Seodaemun District, central Seoul on Thursday. The refinery said it has delivered a total of 50,000 briquettes to the neighborhood to help such households to keep warm as temperatures drop. Some 100 executives and employees including the CEO took part in the volunteer work. The company has been delivering briquettes to such struggling households every year since 2008. [S-OIL]