Old StarCraft foes to face off once again at BlizzCon 2015

Old StarCraft foes to face off once again at BlizzCon 2015 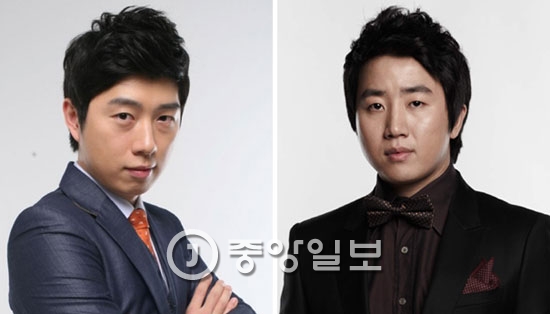 The upcoming match between the gaming industry veterans - whom many say would be an historic match between two longtime rivals - is expected to attract a crowd.

The two-day event is the largest event in the gaming industry to be hosted by a single company.

The occasion will also serve to promote the newly released final version of StarCraft 2, Legacy of the Void, and the latest news in Blizzard games.

Competitions are also scheduled for popular online games like World of Warcraft and Heroes of the Storm.

Approximately 25,000 tickets for entry into the event were sold out within just six months, proving the attention that online game fans worldwide are giving it.

The match between Lim and Hong is slated to be the highlight of the opening ceremony on the first day.

It will be broadcast live through YouTube, according to Blizzard.

“The two players are legendary icons in the e-sports industry and have an international profile,” an employee at Blizzard said. “Considering the meaningful release of the final version of StarCraft 2, we invited them as special guests.”

“Their match is as significant as a fight between [Floyd] Mayweather and [Manny] Pacquiao,” he added.

Previous matches between the rivals have drawn massive attention from fans, and official match records show that Lim has beat Hong 21 times compared to Hong’s 16.

Hong has been defeated by Lim in several major competitions, making him No. 2.

But they met again at the StarCraft 1 league in August 2012, and roughly 10,000 fans watched them play on the spot.

Hong currently works as an entertainer on various talk shows and still known as “Forever No. 2,” or “Kong” - sometimes he even mispronounces his surname as “Kong” rather than “Hong.”

He currently works as a professional poker player.

In response to calls from fans, Blizzard will revive the lurker, a powerful anti-ground zerg that serves as a defense warrior in the Legacy of the Void.

As one of the iconic forces in StarCraft 1, it defeats enemies with its spine, capable of tearing into flesh, steel and even some armor.

The revival of this figure in the latest version of StarCraft reflects the company’s determination to restore its competitive edge in the gaming industry, outdone in recent years by other rivals like League of Legends.

Although its games ranked among the top 10 listed at Korea’s numerous Internet cafes, its reputation has retreated somewhat.

It used to attract at least 100,000 people per event in its heyday.

The upcoming match between Lim and Hong was arranged in line with this purpose, according to Blizzard.

“With the lurker, it will be like an old-school performance between Lim and Hong,” the Blizzard employee said. “Viewers will be able to see Hong’s famous techniques using the lurker.”