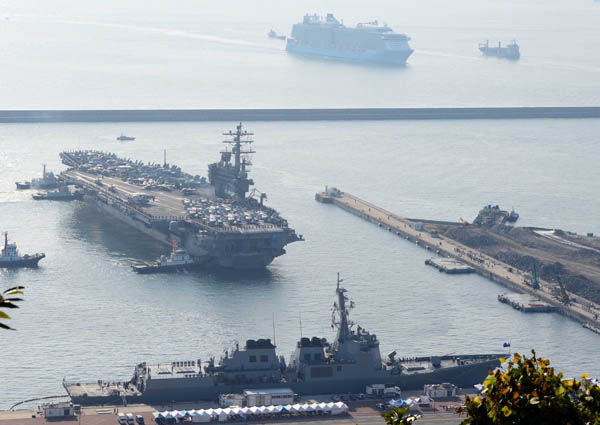 The U.S.S. Ronald Reagan pulls into Busan on Friday following a joint exercise with the South Korean Navy. The port visit came after South Korean and U.S. fighter jets intercepted two Russian warplanes on Tuesday as they flew near the aircraft carrier. The visit also came amid growing tensions between China and the United States in the South China Sea. [NEWSIS]