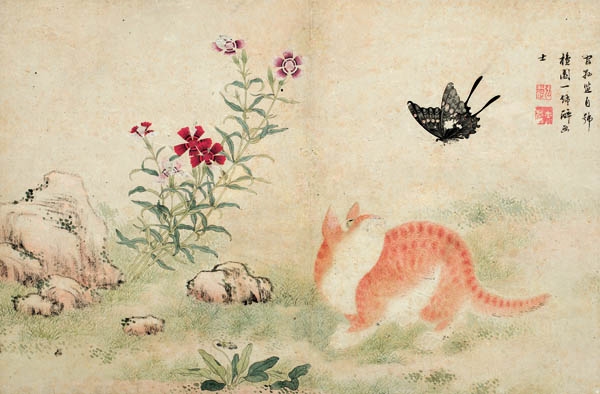 As if it wants to play, a chubby, furry kitten turns its head to gaze at a black butterfly. It looks curious and mischievous.

“Yellow Cat Romps Butterfly” by Kim Hong-do (1745-1806) is a painting with warm colors and an equally warm ambiance. It makes you think of nice early summer weather and a tranquil garden.

But we should look beyond that, Baik In-san, a senior curator from the Kansong Art Museum, told reporters at last week’s press preview for an exhibition at the Dongdaemun Design Plaza (DDP) in Jung District, central Seoul.

In ancient Korea, cats represented the age of 70 while butterflies stood for the age of 80, he explained. The painting could well have been a birthday present, wishing the recipient a long, healthy life. 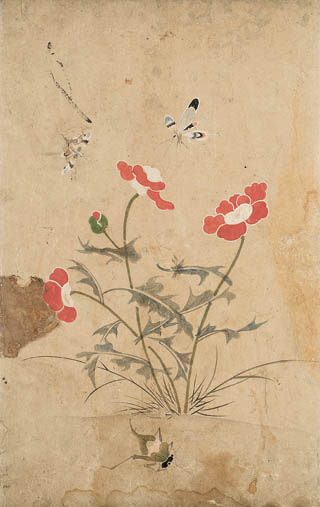 The most fun - and important - aspect of the “Flowers, Birds and Animals in Korean Painting: Embracing Nature” exhibition, according to Baik, is reading between the lines and breaking the cultural codes in traditional Korean art.

“While contemporary Koreans are so familiar with the cultural codes of Western art, that doesn’t seem to be the case with cultural codes in traditional Korean art,” he said. “Ancient Koreans drew flowers, birds, insects and fish, seeing them not just as part of nature but also as something that embodies the ways of the universe. They often attempted to deliver with their paintings their moral ideals as well as worldly desires like wishes for long, healthy lives and successful careers.”

The exhibition is organized by the Kansong Art Museum, best-known for its priceless collection of some of the rarest Korean art. As Korea’s first private museum, it was built in 1938 by legendary art collector Chun Hyeong-pil (1906-62).

In the past, Kansong held just two two-week-long exhibitions a year in the spring and fall, in a rather old-fashioned approach. But since last year, it’s been holding exhibitions at the new DDP, a cultural hotbed, so that more people can enjoy its collection and learn about traditional Korean art.

One piece on display is “Two Sheep” by King Gongmin. Many historical records indicate that King Gongmin of the Goryeo Dynasty was a talented artist, but no paintings of his remain today - except for “Two Sheep.” 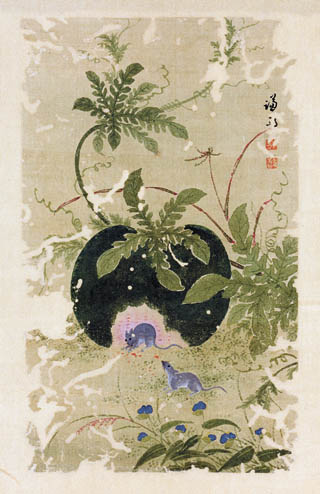 In the paintings of Byeon Sang-byeok (1730-75), cats are portrayed in a very realistic manner. Byeon, who often depicted cats, had the nickname of “Byeon the Cat.”

While Jeong Seon is best known for his amazing landscape paintings, the exhibition also includes rare paintings of birds and animals done by Jeong, showing a rather different side of the legendary painter.

According to Baik, while the exhibition does not exactly unfold in a chronological order, it progress in a way that shows how Korean paintings of flowers, birds and animals developed over the years.

Curators of the exhibition also say that traditional Korean can be divided into “before Kim Hong-do” and “after Kim Hong-do.” Before Kim, Korean artists focused on realism, while Kim placed more emphasis on how the painting would interact with viewers.