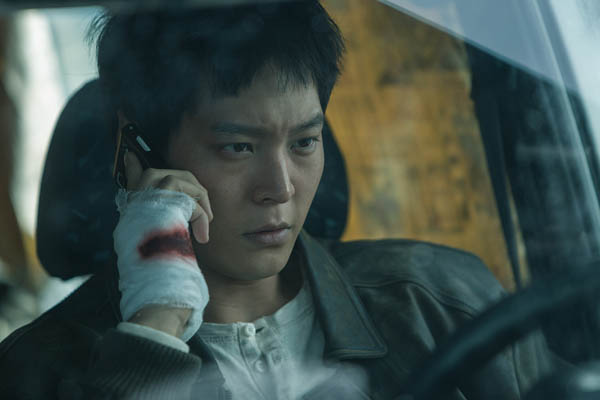 Local thrillers reigned supreme over the weekend in the Korean box office.

Distributed by CGV Arthouse, the experimental flick merges the thriller and horror genres by implementing elements of Oriental shamanism. The main plot follows the tracking of a serial killer with the help of a mysterious girl (Lee Yoo-young) who sees premonitions of the next target.

In second place was Son Hyun-joo’s fantasy thriller “The Phone,” which sold 355,153 tickets. Since its opening on Oct. 22, the film has been seen by 1.4 million moviegoers, taking in 10.7 billion won.

The Sony Pictures drama “The Walk,” directed by Robert Zemeckis, debuted in a moderate fifth place in Korea with 120,044 ticket admissions, which roughly translates to 1.2 billion won.

It centers on a high-wire artist named Philippe Petit and his crew’s reckless - not to mention illegal - attempt to cross the span between the two World Trade Center towers in New York on a tightrope. It stars Joseph Gordon-Levitt in the lead role.

The tearjerker film by prolific director Jeon Yun-su, who was behind “Portrait of a Beauty” (2008) and “My Girl and I” (2005), revolves around three couples, all of whom ponder the definition of love in their own way.