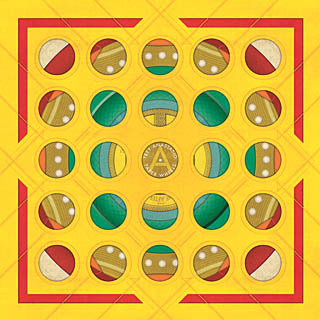 Anastasio, on his first solo record in three years and 10th of his career, produces a tune, aptly titled “The Song,” that is not only the best track on “Paper Wheels” but also serves as a mission statement for the 51-year-old rocker.

“And the hands on the clock keep ticking, just rolling along,” he sings. “In the end, all that’s left is the song.”

Moments like those help make up for weak spots, like backing vocals relying too much on la-la-la-la-ing and ah-ah-ah-ah-ing that mar other tracks like “Never” and “Flying Machines.”

Let’s face it, Phish and Anastasio aren’t known for lyrical dexterity. So it’s not too surprising there are some clunkers here.

But when he focuses on the riff and groove, songs like “In Rounds” are hard to resist. Those are the moments that Anastasio fans look for in concert, and that are harder to replicate on record, but they can be found on “Paper Wheels.” AP