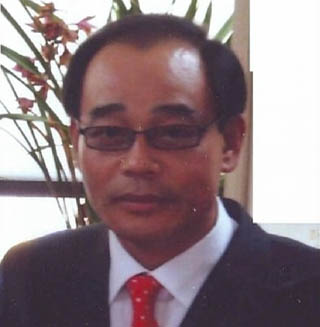 Police investigating the country’s largest pyramid scheme, in which con artist Cho Hee-pal scammed investors out of 4 trillion won ($3.5 billion) from 2004 to 2008, have discovered more of Cho’s hidden assets and arrested two people who allegedly tried to siphon them off.

Daegu Police Precinct said Monday they arrested two former employees of Cho, a 41-year-old surnamed Kim and a 52-year-old surnamed Jeong, on charge of embezzling billions of won from February 2007 to October 2008 from Cho’s company.

The police did not disclose the exact worth of Cho’s assets they discovered since they are still pursuing another suspect. They say disclosing an amount may make it hard to trace down more of Cho’s hidden assets.

“While questioning the third most influential person from Cho’s company, a 44-year-old named Bae, he mentioned [the embezzled hidden assets],” said Jang Ho-sik, a officer from the Daegu precinct. “After reviewing financial records and raiding [the suspects’ residences], we’ve acquired circumstantial evidence that they’ve embezzled some proceeds of crimes.”

Bae is known to have advised Cho on business and monitored the company’s data processing. He was arrested for fraud on Oct. 24.

The police said the assets were mostly certificates of deposit and cash.

Police said the two suspects insist they don’t have the money anymore. Kim was quoted as saying he lost all the money running an unsuccessful online shopping site. Jeong claimed she lost the money in poor investments.