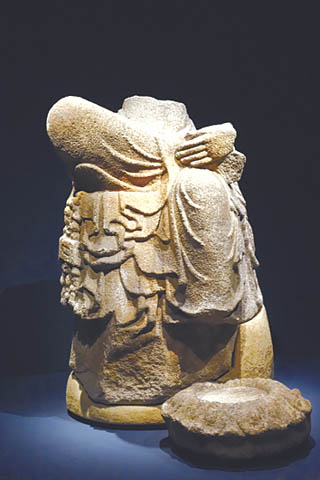 To Nov. 15: For the exhibition, the museum used its international connections to bring in about 210 Buddhist sculptures from 26 institutions in eight countries.

The result is the museum’s third comprehensive exhibition of Buddhist art. Officials say this exhibition is different in that it focuses on how Korean artists developed their own aesthetics through exchanges with India, Southeast Asia, China and Japan.

One of the highlights is the seventh-century “Bodhisattva in Pensive Pose” sculpture from Korea’s Unified Silla period (676-935). Believed to be as tall as 3 meters (10 feet) when it was whole, the stone sculpture now has only the part below the Bodhisattva’s waist but is still impressive with its beautiful carving. Other must-sees include Buddhist sculptures from the first-century Gandhara Mathura regions of India and the fifth- to sixth-century Vietnamese Buddhist sculptures.

To Nov. 15: To mark the second half of the year, the Gyeonggi Museum of Modern Art has prepared a set of three exhibitions: “Mountains, Rivers and People: Eight Views and Nine-Bend Streams of Gyeonggi,” “Rhythmscape” and “Color Pool,” all of which feature works of numerous Korean artists.

To Feb. 14: The solo exhibition of Ahn Kyuchul consists of eight of the 60-year-old Korean artist’s recent pieces. It is the second edition of the MMCA Hyundai Motor Series sponsored by the auto giant. 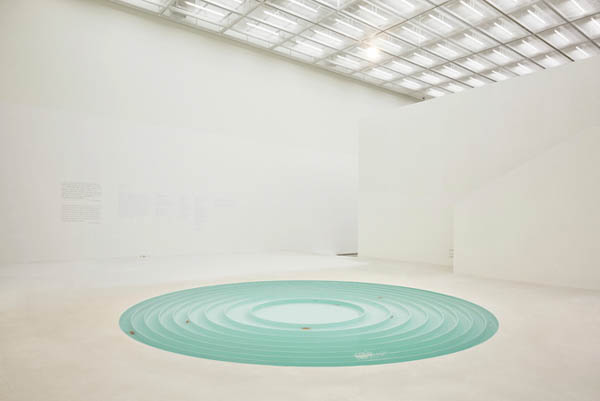 Among the works, “Nine Goldfish” is a pond of concentric circles in which nine goldfish swim.

The goldfish seem to be together but they can never meet one another, as each is in one of nine separate concentric tracks.

Most of the other works on display also deal with isolation and lack of communication. “64 Rooms,” a structure divided into 64 small cells by dark blue velvet curtains, is “a labyrinth of voluntary desolation and absence,” as the artist said. But in some of the other works, such as the audience-participation performance project “1,000 Scribes,” such isolation leads to a higher level of communication.

Admission is 4,000 won, which covers entrance to the other shows going on at the Seoul museum.

The museum is closed on Mondays. Go to Anguk Station, line No. 3, exit 1, and walk for 10 minutes.

To Nov. 29: The solo exhibition of Dutch artist Aernout Mik shows his four separate video installations that focus on borders and conflicts between countries, ideologies and others.

Among the works is “Ice Cream Hill (2014?15).” Commissioned by the REAL DMZ PROJECT and being shown for the first time at this exhibition, the films tells the story of tensions between the two Koreas on Sabseulbong Peak, located near the DMZ in Cheorwon, Gangwon.

Admission is 3,000 won for adults. The art center is closed on Mondays.