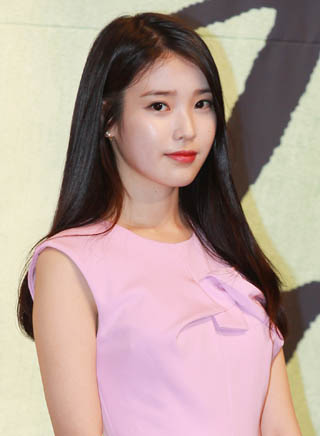 Singer-songwriter IU has come under fire for sampling the Britney Spears song “Gimme More” without permission from the pop star and her agency.

The scandal started with a Korean fan of Spears. The fan uploaded a post to the web on Tuesday saying that “Twenty Three,” a bonus track included on IU’s latest album, “Chat-Shire,” features parts of Spears’ song “Gimme More,” which was released in 2007.

Musicians and producers must seek permission from the original music production or distribution company when using a portion of a song, or they can purchase the music file from music websites.

But Loen Tree Entertainment, which represents IU, said, “A composer used one of the voice files he had over the course of rearranging ‘Twenty Three.’”

The agency added it believed the source of the voice file was unclear, and thus it contacted Spears’ agency. “We’ll keep you updated on this matter.”

Sony Music, which distributes Spears’ music in Korea, also said it is in the process of checking on the voice file found in IU’s song to see whether it was used legally or not.

Meanwhile, IU, who topped nearly all the music charts with her new album released last month, is being criticized by many Internet users for her negligence, for the singer produced the whole album.