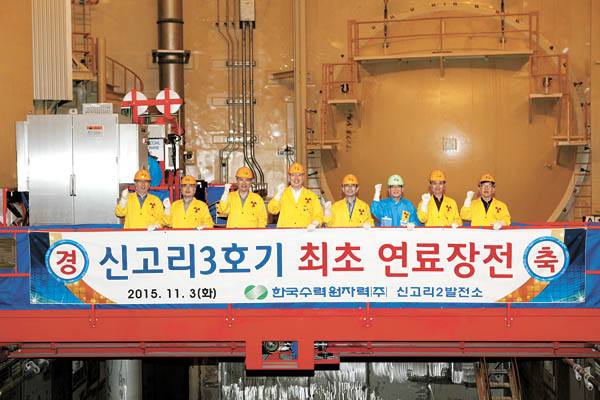 Korea’s 25th nuclear reactor is getting ready to officially launch, as the process of loading nuclear fuel into the reactor began on Tuesday, the Korea Hydro and Nuclear Power Corporation (KHNP) said on Wednesday.

The new reactor - Singori 3 reactor in Ulsan - is the same 1,400-megawatt model Korea exported to the United Arab Emirates in 2009.

The fuel loading process began after the KHNP obtained the operating license from the Nuclear Safety and Security Commission (NSSC) last Thursday after passing the commission’s safety tests.

The official commercial operation for Singori 3 is scheduled to begin in May next year. The fuel loading process should be complete in a few weeks, and the system will undergo seven months of test operation. 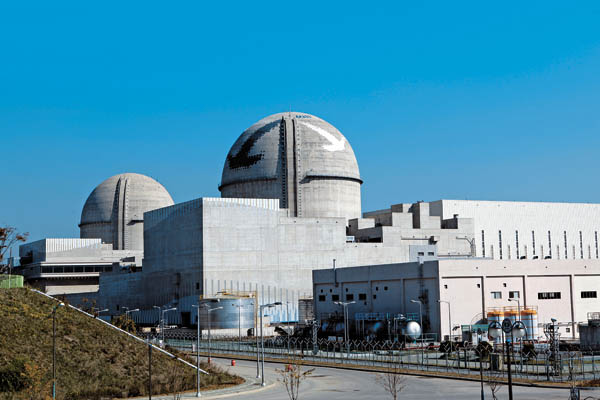 The testing operation examines different power output levels, ranging from zero to 100 percent, to ensure there is no possibility of a malfunction, and also tests the facility under extreme circumstances to ensure emergency functions operate normally.

The Singori 3 unit is the first APR1400 model to have completed construction and begin operation. Four similar units, developed in Korea, were exported to the UAE six years ago, but they are still under construction.

The Ulsan unit is equipped with 29 new functions that strengthen the facility’s endurance in the event of natural disasters, including a hydrogen elimination facility that works without power to automatically cool down the system. The technologies have been selected by the global nuclear community to enhance safety following the Fukushima accident in 2011.

“We hope to gain public trust about the safety of nuclear power by undergoing tough test-operations,” the KHNP wrote in a statement on Wednesday.

The KHNP has put strong emphasis on safety because the Singori 3 unit was involved in the counterfeit nuclear reactor parts scandal, which was revealed in 2013, for using nuclear parts manufactured by suppliers with fake quality certifications.

The unit started construction in 2007 but took nearly a decade to complete, as all the fake nuclear parts and cables had to be replaced and 29 safety functions that the NSSC required after the Fukushima accident had to be included.

The KHNP hopes to regain public trust from inside and outside Korea regarding the quality of the Korean-made APR1400 model by safely launching the Singori 3.