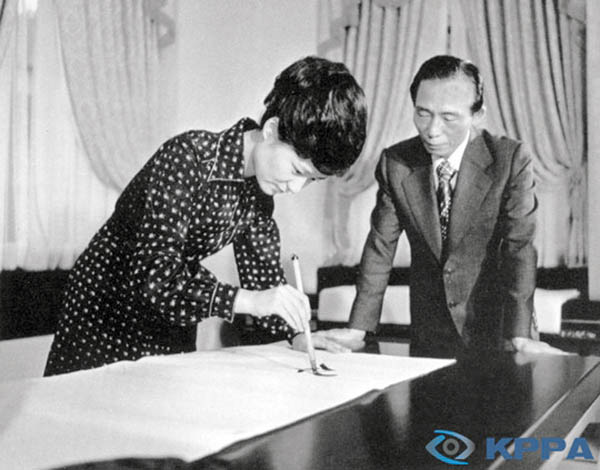 After the body of President Park Chung Hee was laid to rest in Seoul National Cemetery, fond memories of him flooded my mind. While he occupied the throne for a full 18 years, he was a revolutionary at heart, someone who longs for dramatic changes to the status quo for the sake of a better future.

To be a revolutionary, one has to have a tender personality capable of feeling the pain and happiness of others. At the same time, one needs the ambition to make the world a better place.

In Park, all these traits were ingrained. To this day, when I think of him, I can’t help but deeply miss him.

I first met Park at my graduation from the military academy in June 1949. My first impression was that he was a small man with dark skin. He often joked about his height. In the mid-1970s, there was a cabinet member who was even shorter: Kim Yong-hwan, the finance minister.

During meetings, Park would call to Kim to stand next to him. He’d ask government officials who was taller. “Hey look, I am definitely taller, right?” he’d say with a childlike smile.

When he played golf, he wore a lot of sunscreen. Watching him apply it, I would think to myself, “Why do you even care? You’re already so dark.” 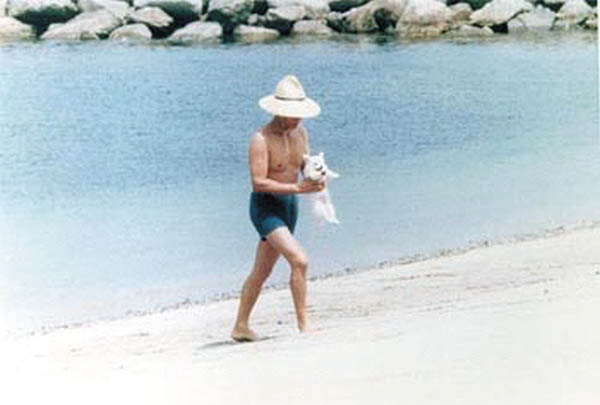 President Park Chung Hee holds a puppy named Bangul on the shores of Jeo Island, a vacation spot in Jinhae, in 1978. [JoongAng Photo]

Park never bet when he played golf. He played unaffected by emotion, which is the big part of the game. He didn’t like betting on anything, not even Korean poker. He didn’t even like seeing old farmers playing Korean poker while taking a rest during the farming season. He worried that they would get distracted by the gambling.

Park believed that playing sports should not cause stress. He liked standing on a golf course and enjoying the scenic view. One day, when his son Ji-man was a teenager, he took him out to golf. When Ji-man made a hole-in-one, Park brightened up, saying, “Wow, Ji-man is a golf genius!”

When he played golf with others, he didn’t like the idea of forcing anyone to play. So he wouldn’t call anyone up and summon them for a game. Instead, he would check out the list of people playing golf on the day he went and ask to play together.

Park was deeply fond of drinking, and he liked drinks regardless of their kind. But particularly liked a mixture of Sprite-like soda and makgeolli (traditional Korean rice wine). No matter how much he drank, I never saw him lose his senses. While he was generous about mistakes made by others when they were drunk, he would never let himself lose control in that way.

In the 1960s, Presidential security service chief Park Jong-kyu would sometimes shout out Park’s name when he got drunk, “Hey! Chung Hee! Come out here!” he would shout. The following day, Park would say a single sentence: “Hey you fool, when are you going to fix your habit?” He would say nothing more.

From his deep knowledge of culture and liberal arts, Park knew the power of songs in building national unity. He composed the Saemaul song, or the song for the New Village Movement, which aimed to modernize the country and was implemented under Park’s command. 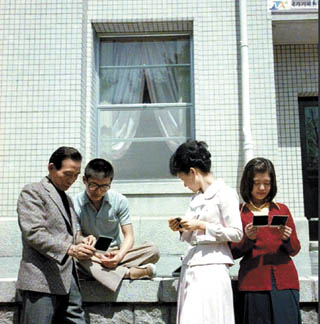 A family picture of the Park family taken in 1975. From left: Park Chung Hee, Ji-man, Geun-hye and Geun-ryeong. [JoongAng Photo]

Park’s deep knowledge of liberal arts came from his three years teaching in the Gyeongsang regions as well as his time in the Japanese military academy in his 20s. He wrote personal journals, was fond of writing hand-written letters and he played musical instruments like the trumpet and organ.

Park wrote many letters to persuade bright minds who were studying or working overseas to return to their homeland and contribute to national growth. Dr. Kim Wan-ju, the father of the Korean electronics industry, was a professor at Columbia University. Park made every effort to get him to come home so he could contribute to making Korea a better nation. Park sent over 100 hand-written letters to Kim. In one letter sent in 1968, Park wrote, “I wish to hear from you and hope for blessings for your family. Respectfully, Park Chung Hee.” In those letters, he didn’t use his presidential title and wrote with the utmost respect.

Park sent me hand-written letters from time to time, thanking me for working with him shoulder-to-shoulder. The depth of emotion and gratitude felt in his hand-written letters was nothing like contemporary letters sent by email. Also aware of the historical importance of presidential records, Park kept daily journals.

His way with a writing brush reflected his straight and upright personality. One day, watching him practice calligraphy at the Blue House, I told him, “Your font is just like your personality Mr. President.” He replied, “My personality looks like this? Ha ha.”

In hindsight, Park had strong concentration and systematic and precise judgment, which enabled him to have gifted foresight about the way the nation should be guided. All of those traits led him to have deep faith in developing science for the sake of the country.

When the country was hit with a drought, Park hated to hear about farmers conducting traditional rituals calling for rain. He despised superstition. He would talk about the dire need to construct dams and make reservoirs to have a constant supply of water for farmlands.

Park also tried hard to break the Korean stereotypes about the different professions, the caste-like system that distinguished among scholars, farmers, workmen and merchants. He constantly emphasized the valuable role of mechanical science in developing the nation. To that end, he enrolled his daughter Geun-hye to study electronic engineering at Sogang University.