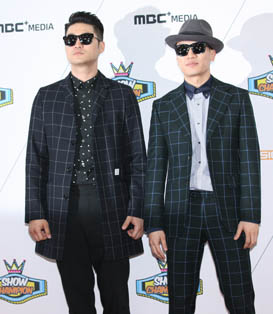 The duo’s agency, Amoeba Culture, said on Thursday that it will be their first album in more than two years, stating, “With this album, Dynamic Duo tried to live up to its name by filling the album with upbeat and dynamic music.”

Having debuted in 2004, Dynamic Duo, consisting of Choi Ja and Gaeko, is one of Korea’s top hip-hop acts.

The two have been away from the music scene as musicians for awhile, but they have been working as producers for other artists in recent years.