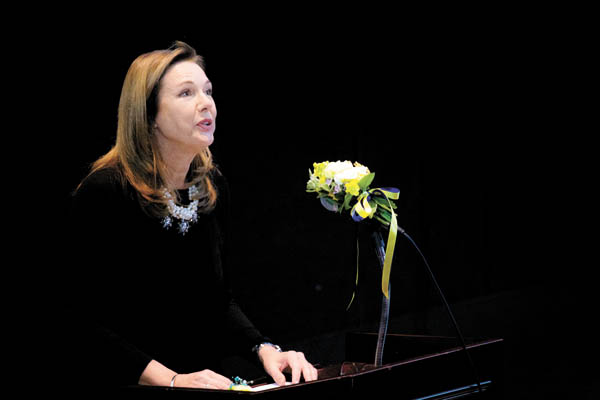 The Swedish Embassy in Korea launched its fourth annual film festival with “Stockholm Stories” (2013) on Wednesday at Ewha Womans University in Seodaemun District, central Seoul, inviting the public to a week-long series of movies and events exploring life there.

Eight Swedish films will be featured in this year’s Swedish Film Festival, which will also kick off later this week in Busan and Gwangju.

Seoul’s festival will run through Tuesday at Arthouse Momo, located on the third basement floor of the Ewha Campus Complex at Ewha Womans University. Busan’s event will open today through next Thursday at the Busan Cinema Center, and the festival in Gwangju will run from Saturday to Thursday at Cinema Gwangju.

“Stockholm Stories,” a 97-minute multi-plot drama directed by Karin Fahlen that revolves around five people living with varying levels of manic depression, was selected as the opening film in all three host cities.

“This year’s festival theme is ‘New Life,’” Swedish Ambassador Anne Hoglund said during Wednesday’s opening ceremony. “It’s about how life changes when we face either a crisis or an opportunity.”

She added that she hoped the eight productions “inspire Koreans to learn more about Swedish film and Sweden in general,” and stressed that viewers would be able to connect with the characters on a human level despite the difference in culture and geography.

More than 50 percent of Stockholm’s population lives alone, Fahlen also noted, expressing confidence that audiences would be able to relate to the characters in her film. “Stockholm Stories” is about “people living in a large city with no connections,” she said, “so busy doing exactly what all of us are doing, missing opportunities to connect with others.”

Tickets for the festival are free.

In Seoul, tickets are available on a first-come first-served basis every day, starting from 10:30 a.m. at the screening venue. For more information about the screening schedule, visit: www.art housemomo.com.

In Gwangju, tickets are available via on-site reservation before screening. For more information, visit: http://cafe.naver.com/cinemagwangju.

More information about the film festival is also available at: https://m.facebook.com/swedishembassyinseoul/.